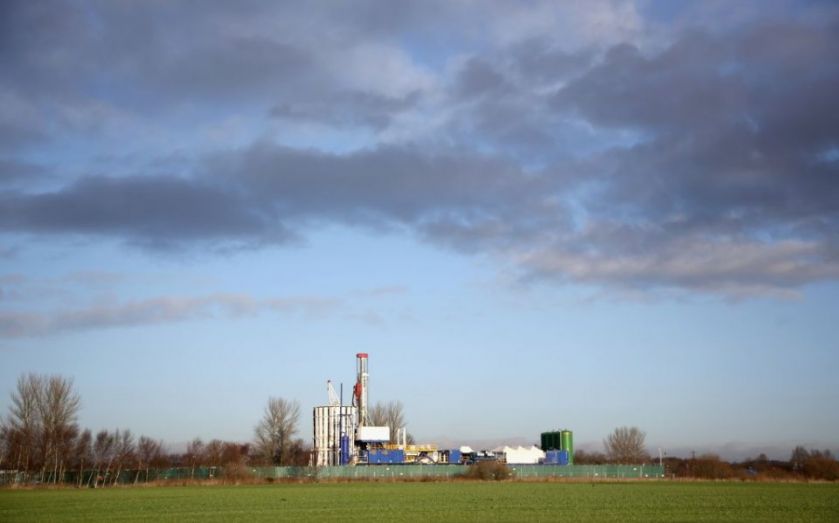 The shale gas debate has been heating up over the past few weeks with two positive announcements from the government.
Planning permission will be streamlined and new exploration licenses have been awarded, of which INEOS has won three to add to the 11 we already hold.
Obviously, this is fantastic news for INEOS, but more importantly, it’s fantastic news for the UK. Moving ahead quickly with shale exploration offers Britain the chance to grab European leadership in this exciting new industry, the benefit of which could be shared by everyone for years to come.
Read more: Oil prices keep rising – just in time for the great bank holiday getaway
Let’s just think about the North Sea for a second. The UK is currently Europe’s leader in offshore oil and gas and our engineers are world-class.
Aberdeen is seen as the capital of Europe’s oil business, and the citizens of the UK have received billions of pounds of revenue from North Sea wells over the years.
As the North Sea declines, shale gas could help to fill the gap and keep these jobs and the investment flowing. Who knows, maybe shale could even prompt the creation of more hubs like Aberdeen.
Clearly, with shale, we are still a long way from seeing the enormous wealth that North Sea oil and gas has generated for Britain over the past few decades. But it illustrates what is possible when bold decisions are made and opportunities taken when they first emerge.
Read more: Oil prices jump more than 10 per cent in biggest one-day rally since 2009
The government’s latest announcement on speeding up the planning process for shale gas development is certainly a step in the right direction.
The planning approach for shale, however, should be the same as that for other strategic energy infrastructure projects, where the national interest is so crucial.
But it is clear that the government senses the urgency of the situation. Natural gas currently meets a third of the UK’s energy demand and we will continue to need it.
As the North Sea declines, Britain is set to import up to 69 per cent of its gas by 2019 from Europe and politically unstable regions such as Russia and the Middle East.
This is not a simplistic choice between investing in renewables or investing in gas, either. We need gas for the foreseeable future. It is an essential raw material for many products we all take for granted.
Read more: Oil analysts predict price spikes for Brent crude as early as 2016
As a company, we are certainly not against renewables – quite the opposite. Not many people know that INEOS produces vital components used to make renewable technologies, from the products used in solar panels to the synthetic oils and composites used in wind turbines – gas is essential to all of these.
While it is important to reflect upon the benefits of shale gas, we must not be complacent. As an industry, we still have much to do to win the public’s confidence.
As one of the biggest manufacturers in the UK, responsible manufacturing, safety and environmental integrity are at the heart of what we do.
We strongly believe that we can deliver this essential industry in a way that will greatly benefit the people of Britain while also protecting the environment.
Since the early days in the US, for example, the technology has been upgraded drastically and safety standards have improved, and Britain is set to have one of the tightest regulatory regimes in the world.
Read more: Oil: A game of chicken or headless chickens?
Indeed, respected scientific institutions such as the Royal Society and the Royal Academy of Engineering hold the view that shale gas can be managed safely.
We back a science-based approach to the issue, and if the scientists and the government give us the green light, only then will we start.
I’m convinced that home-grown gas will bring enormous benefits to the UK, and the income from a successful shale gas industry will give the economy a much-needed boost.
The vast majority of the revenue will flow into public funds, at a time when government spending is under great pressure.
But at INEOS, we also understand that the advantages of shale should go to local people.
The communities within the areas that we will operate in will benefit significantly – not just from our offer to give back 6 per cent of the production revenues, but also because of the jobs that will be created.
The UK has a once in a generation opportunity to secure leadership in another exciting new industry – it would be a tragedy if we didn’t take it.
Shale gas will be good for business, good for the economy and good for the people of Britain.