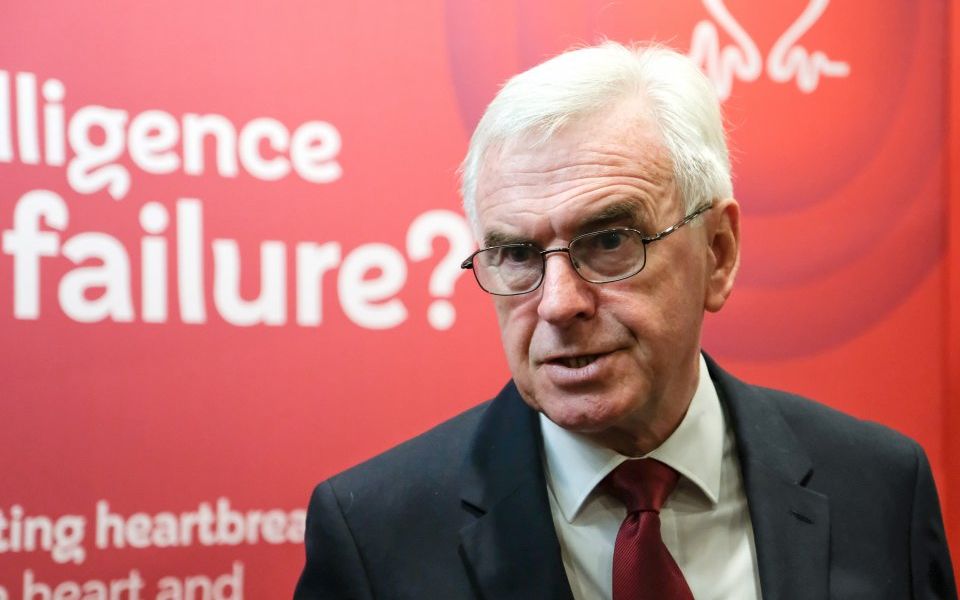 Somebody has got to say it: the shadow chancellor John McDonnell is a thief (well, an aspiring thief), with his planned 10 per cent giveaway of company equity to workers.

The Theft Act 1968 says a person is guilty of theft if he dishonestly appropriates property belonging to another with the intention of permanently depriving them of it, and that “thief” and “steal” shall be construed accordingly.

The left wing of the Labour party has shown yet again this week that it hasn’t got a clue about the importance of property rights for economic success.

Just as Robert Mugabe thought that seizing farms owned by white Zimbabweans wouldn’t have economic consequences, McDonnell doesn’t seem to realise that a 10 per cent equity smash and grab raid on UK companies is theft.

This is a whopping great tax in a very poor disguise.

Now, no one would argue against the benefits of wider employee share ownership in general, but the fundamental issue is whether it is voluntary (a firm deciding to give its staff share options) or coercive.

McDonnell’s proposal is the latter, and sends a beacon to the business community that Labour is very clearly not on their side. Many companies will quickly come to that very conclusion, and decide that they need to de-list in the UK and move their HQ elsewhere.

So, at the very moment when we need to present a clear and powerful competitive message to the world, that Britain is open for business post-Brexit, the shadow chancellor and his cronies choose to do precisely the opposite.

Those companies that don’t move have more treats in store from this Labour government-in-waiting: higher taxes, for both the firms and their top-earners.

The age-old problem with the self-righteous political left is that it genuinely believes it is morally superior for advocating such policies. But the truth is that envy and greed have killed its conscience over the purported unfairness of capitalism.

And a country led by politicians who have killed their consciences is not a good place to be.

Or perhaps it’s much simpler: McDonnell knows that this is theft, and he welcomes the negative economic consequences, because that’s all part of Labour’s master plan to overthrow capitalism. Doubters should remember that his first appearance at the despatch box was most memorable for him brandishing Chairman Mao’s Little Red Book.

On the day of the General Election in 1992, with expectations of a Labour victory, The Sun ran with the headline “Will the last person to leave Britain please turn out the lights”. With the thief McDonnell planning his latest midnight raid, it’s deja vu all over again.