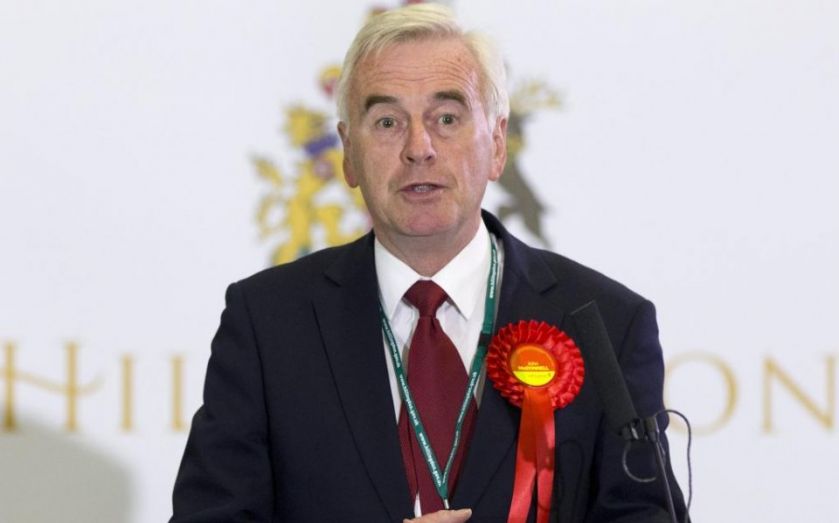 The policy was proposed to ensure “budget responsibility” and ahead of the Labour conference opening on Sunday, McDonnell has pledged that the party will vote in favour of it.

However, the newly elected shadow chancellor insists that under new leader Jeremy Corbyn the party will take a radically different approach to the Conservatives, opposing spending cuts and austerity measures.

As the Labour conference draws near McDonnell wants to show voters that Labour would manage the economy responsibly, saying in an interview with the Guardian:

We accept we are going to have to live within our means and we always will do – full stop. We are not deficit deniers.

Labour’s plan of action will be to focus on tackling tax evasion and investing in infrastructure projects to stimulate growth.

MPs will be voting later this autumn on the fiscal charter that chancellor George Osborne proposed in his Summer Budget, which commits the government to delivering an overall surplus within five years.