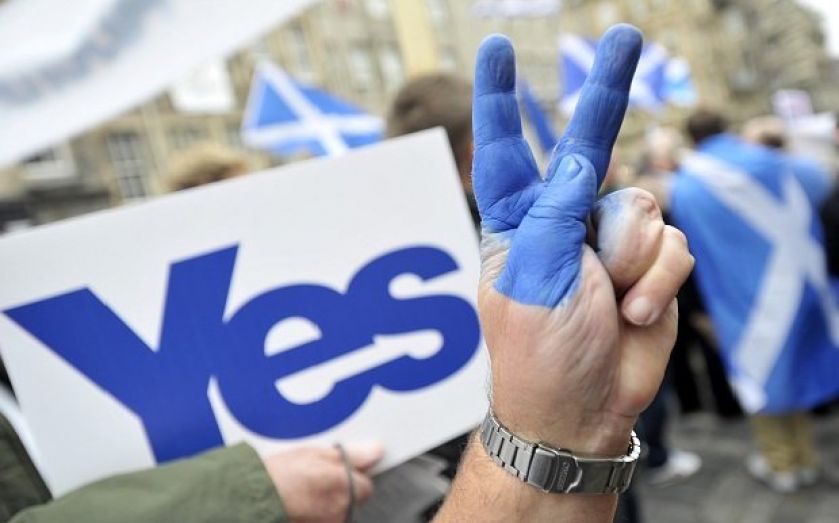 If the Scots vote for independence in September's referendum, it could hit the country's shipping and offshore maritime sector, according to a survey by leading international accountant and shipping adviser Moore Stephens.

The survey of leading members of the shipping industry found that 55 per cent of respondents believed a yes vote damage the industry.

However, 74 per cent said they had no plan of action if Scotland voted to abandon the Union, indicating a high level of confidence in a no vote on 18 September.

Some respondents didn't mince their words when looking at the prospect of an independent Scotland, “We have no confidence that a Scottish government would properly take account of shipping’s needs,” said one.

While another added, “Scotland does not have the necessary infrastructure to replace the UK Merchant Marine. We will change the home port of our vessels from Aberdeen to London.”

The 45 per cent who already had a business relationship with Scotland were the most despondent about a yes vote, with 69 per cent believing it would have a negative impact.

However, the figures were not all doom and gloom for Yes Scotland, with 57 per cent of those who did not have existing business relationship in Scotland saying secession would be a net positive.

Cassie Forman, Moore Stephens director of Shipping and Offshore Maritime, said: “The shipping and offshore maritime industry is a vital part of the Scottish economy – it plays a critical role in the North Sea oil and gas industry, for example. It is an industry that will play a central role in the economic fortunes of Scotland whatever the outcome of the vote.

“It is also an industry that is keen to have its voice heard in the current debate. The outspoken tone of some of those in the industry who oppose independence suggest that this is an industry that feels it has not been properly consulted by the Yes camp.”

The survey comes the same day that 130 businesses joined together to sign a letter slamming the case for Scottish independence in the Scotsman. Signatories included the CEO of BHP Billiton and the executive vice-president of policy at BG Group Sir John Grant.