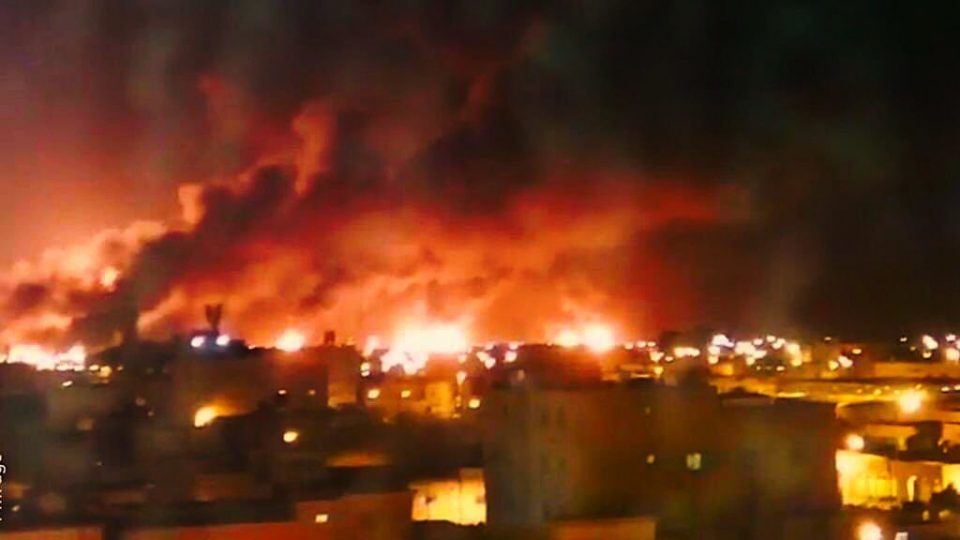 A separate attack also set alight an oilfield in Khurais, another Aramco facility.

Both fires are now under control, reports say.

Iran-aligned Houthi fighters in Yemen have taken responsibility for the attacks.

“At 04:00 (01:00 GMT), the industrial security teams of Aramco started dealing with fires at two of its facilities in Abqaiq and Khurais as a result of… drones,” the official Saudi Press Agency reported.

“The two fires have been controlled.”

The Abqaiq facility is about 60km south-west of Dhahran in Saudi Arabia’s eastern province, while Khurais, home to the country’s second largest oilfield, is around 200km further south-west.

Read more: Oil and gas firm Cairn energy shares jump as it powers back to profit

There was no immediate effect on the price of oil as global markets had already closed for the weekend.

Aramco is currently preparing for an initial public offering in a bid to reduce the economy’s reliance on oil.