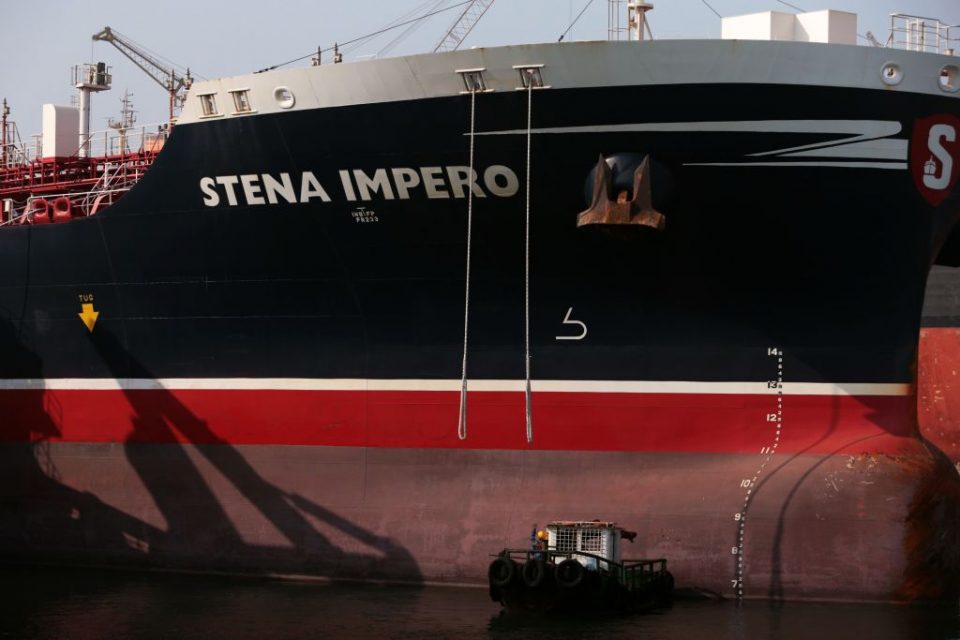 The UK today lowered the security risk for UK-flagged tankers travelling through the Straits of Hormuz, more than a month after the Stena Impero was released from detention by Iran.

The Gulf state’s revolutionary guards seized the British tanker was seized in response to Britain’s capture of an Iranian vessel off Gibraltar.

Whilst the Iranian ship, which was seized due to fears it was en route to Syria in breach of EU sanctions, was released on August 15, the Stena Impero was not allowed to leave Iran’s waters until 27 September.

At the time, Iran said that the ship had collided with a fishing vessel and not responded to rescue calls, which the crew denied.

Although a UK frigate was dispatched to assist and warned off the Iranian forces, the vessel was escorted to Bandar Abbas, where it remained for about two months.

A government spokesman said: “UK-flagged ships will soon be able to transit the Strait of Hormuz without close Royal Naval accompaniment, following a decrease in the specific risk of detention of these vessels.”

Since May, the Straits of Hormuz, through which 20 per cent of the world’s oil passes, has seen a series of attacks on shipping amid escalating tensions in the region, culminating in drone attacks on Saudi Aramco plants at Abqaiq and Khurais.

The Yemeni Houthis claimed responsibility for the attacks, which cut Saudi oil production by half, slowing worldwide production by 5 per cent.

Speaking to Reuters, the UK Chamber of Shipping said it had been calling for a de-escalation of tensions in the gulf and welcomed the news.

A spokesman said: “We continue to urge all ships operating in the region to liaise with the relevant authorities to ensure their safety and to enable the free flow of goods across the world.

“Global trade relies on the safe passage of goods and without this consumers and businesses could suffer with increased costs.”