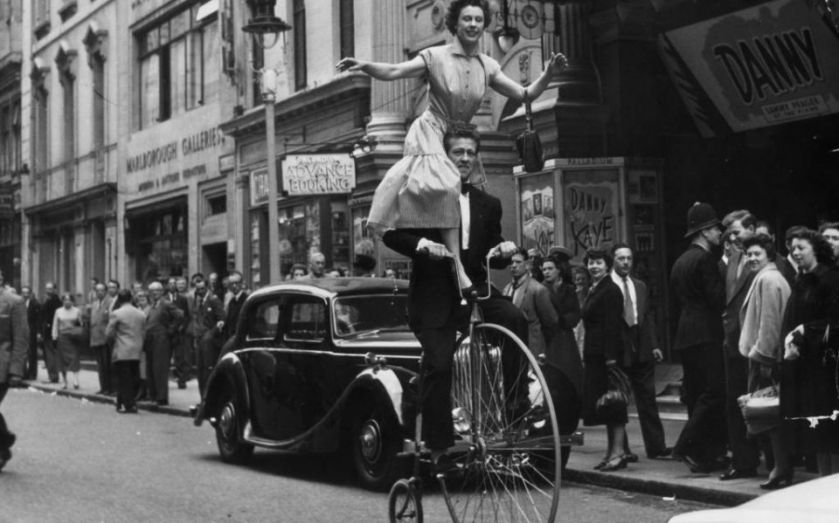 Everyone's a comedian; at least judging by the transportation Londoners chose yesterday. But with horrendous queues clogging the City, was there method in the madness?

Commuters in Battersea were delighted when Londoner Alan Price headed for work on a penny farthing early in the morning (there’s always one).

NotOnTheHighStreet.com employee Nic Jackson took a more practical approach, canoeing to work from Richmond upon Thames to the website’s Chiswick offices. This turned out to be a surprisingly popular approach…

There were even some cycling elephants on London's streets.

For those who prefer a sensible take to alternative transport, one delivery service decided to use the opportunity for free advertising. Property maintenance company Aspect sent an email to customers offering 200 of its own delivery drivers to the cause, providing free lifts around the capital during the strikes.

Will Davies, Aspect managing director, said the reasoning behind this was that the strikes “created mayhem on the streets of London”.

Nothing to do with the bright yellow-branded vans then? For all our cynicism, the canoeists and vintage cyclists may have had the last laugh. Bus queues at Liverpool Street were so bad, some commuters were waiting for well over an hour just to get public transport. Brits, eh… Queuing.

▀ MEET THE LANDLORD: Alan Grant – Reserve Bar Stock Exchange Open for just over a month now, the late-licenced bar has been doing a roaring trade with the Square Mile’s bright young things. Drinks prices fluctuate, depending on supply and demand, so while your pint will still be around the £5 mark, straight spirits such as sambuca are strangely cheap. Owner Alan Grant is a veteran of the DJ world, having toured in the UK and Ibiza, and wants to bring an edgier club scene to City slickers. The club has just opened a regular house music night every Saturday. Grant’s tipple of choice is the fishbowl – costing £16 a pop but serving a large group of partiers. Apparently it’s “lethal”. Down in one!