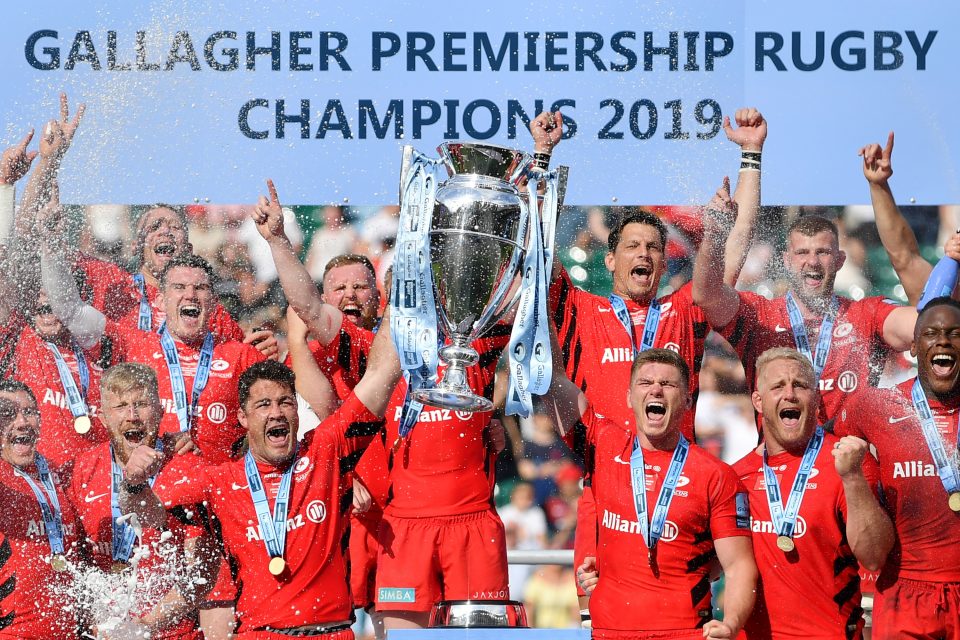 Saracens could seek a legal challenge to Premiership Rugby’s salary cap if they fail in their bid to overturn a 35-point deduction and £5.4m fine, according to a leading sports lawyer.

The English and European champions could argue that the salary cap framework is anti-competitive, says former World Rugby head of legal Darren Bailey.

However, they must first be seen to have exhausted every internal dispute mechanism available, including the current review process.

“Depending on the findings of the [review] panel, they could conceivably contemplate making a legal challenge to the overall legality of the salary cap and framework,” Bailey, a consultant at Charles Russell Speechlys, told City A.M.

“That’s a difficult and formidable series of hurdles to overcome, but if they don’t feel they have been appropriately dealt with, that is an option open to them.”

First, though, the club will endeavour to overturn their bombshell punishment – announced earlier this week – on appeal.

Saracens, whose five English titles and three European crowns have all come in the last decade, will challenge the notion that co-investments between chairman Nigel Wray and players including England stars Owen Farrell and Maro Itoje formed part of their salaries.

Wray has disputed that due to the inherent risk and the potential for investment value to go down as well as up.

“The key element is whether this concept of co-investments was a genuine welfare or transition device,” Bailey added. “The appeal will turn on whether they can find a way to demonstrate the interpretation of the rules applied by the panel was an error.”

Saracens could also play the “ambiguity” card by arguing it was unreasonable they should have known co-investments would be deemed declarable. Any ambiguity in the laws is normally interpreted against the enforcer, says Bailey.

Wray has also criticised the size of the fine, particularly given the initial panel’s acceptance that the breach had not been deliberate.

The club could challenge the severity of the sanction by claiming the current framework is too rigid and the punishment disproportionate to the offence.

If these defences fail, though, it could lead to an “Armageddon scenario” in which Saracens challenge the legality of the salary cap through the courts as fettering their ability to be competitive, says Bailey.

“It’s quite odd that you would have a framework being used to maintain competitive balance on the field of play being attacked as anti-competitive under law,” he said.

”They would be arguing that the structure of this arrangement is uncompetitive and exceeds the needs of the tournament, and so they should actually take the whole thing down.”

Spirit of the game

That remains a last resort, but the bar for Saracens to overturn the disciplinary panel’s decision is “a challenging one”, according to Jeremy Drew, head of City law firm RPC’s commercial group.

“Saracens will no doubt have technical arguments around possible precedents for co-investments but, as is the case with rules in a number of sports, the regulations are purposefully written to preserve the spirit of the rules and not just the letter,” he said.

Drew cites Leeds United incurring a £200,000 fine last season for spying on opposing football teams’ training sessions as an example of punishment for “a breach of the duty to act in good faith to other clubs, rather than an express obligation not to spy.”

Read more: Rugby World Cup: Why the legacy of Japan’s tournament will live on

Whatever the outcome of the Saracens case, it has already led to fresh debate about the future of the salary cap at a time when the sport is considering changing a number of competition structures.

“There hasn’t been enough deep thinking about the potential reward mechanisms that exist and what the appropriate responses to breaches are,” said Bailey.

“There should be a fundamental review of all of these aspects because we live in a financially creative world and the systems need to be far more sophisticated.”