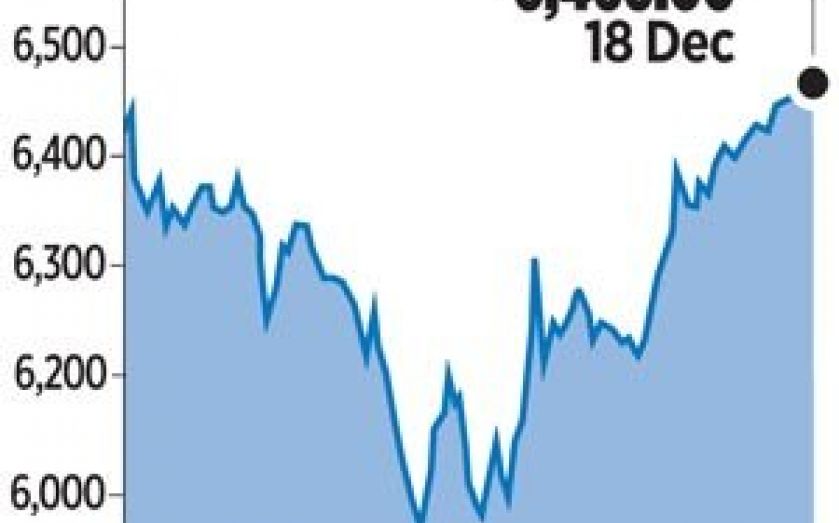 THE FTSE 100 enjoyed one of its best days of 2014 yesterday, as the US Federal Reserve’s pledge for a “patient approach” to any interest rate increase lifted stock markets around the world.

Old Mutual, which has major operations in South Africa, rose 5.7 per cent, making it the best FTSE stock in percentage terms.

Traders said Old Mutual was being boosted by a rise in the rand currency, which rallied against the US dollar after the Fed’s statement. The stronger rand also lifted drinks group SAB Miller by 5.6 per cent, since SAB is also present in South Africa.

IAG rose 4.5 per cent. Aer Lingus rejected a takeover approach from IAG, which is keen to gain control of the Irish airline’s slots at London’s Heathrow Airport, but traders nevertheless welcomed IAG’s aim.

The index tracked similar gains elsewhere in global equity markets after Federal Reserve chair Janet Yellen said yesterday that US interest rates were unlikely to rise for “at least a couple of meetings,” meaning April at the earliest.

Yellen’s comments eased concerns that a tightening in US monetary policy and a rising dollar could curb global economic growth.

The FTSE also flickered higher after data showed that British retail sales had surged at their fastest annual rate in more than a decade in November, buoyed by Black Friday bargain hunters.

Petrofac and other oil majors such as BP also rose as the oil price increased by around 2 percent, after hitting five-year lows earlier this week.

The FTSE 100 hit a peak this year of 6,904.86 points in early September, its highest level since early 2000, but then lost ground in October and remains down by around four per cent since the start of 2014.