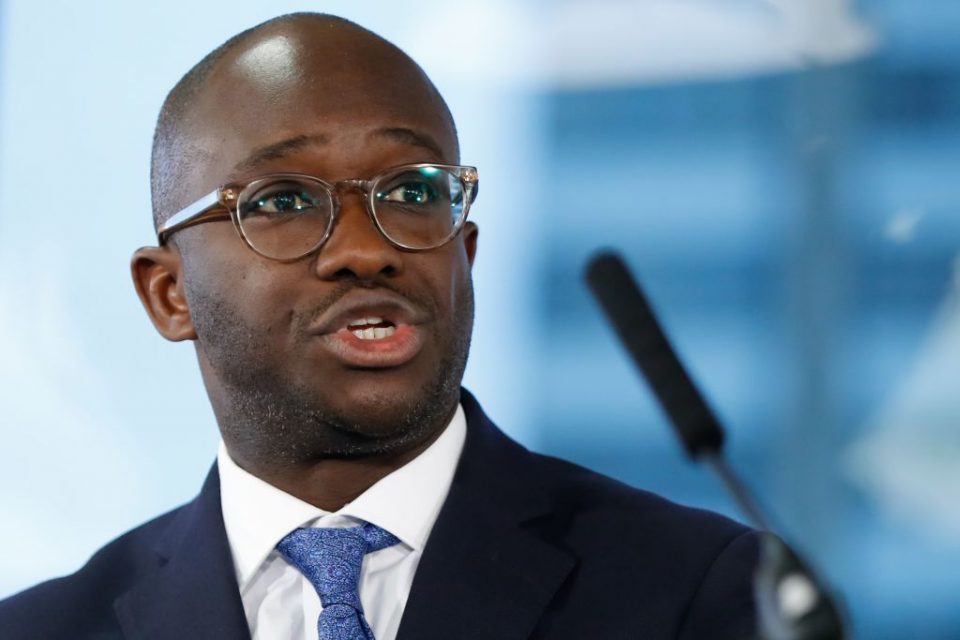 Conservative leadership hopeful Sam Gyimah has vowed to slash taxes in a bid to outflank his rivals as the true Thatcherite candidate in the race to succeed Theresa May.

The former universities minister told City A.M. he wanted to reform five taxes in particular to kick start economic growth – with a mixture of cuts to business and personal levies.

The tax cuts would target middle and high earners and Gyimah would also reform business rates.

Gyimah is one of the outsiders in the contest to replace May as Tory leader and therefore Prime Minister.

His support for another referendum on Brexit is thought to be unpopular with the party membership – the body which will have the final say on who will be the next occupant of 10 Downing Street.

The East Surrey MP is hoping to balance out that scepticism with a series of tax reforms in keeping with the instincts of former Conservative Prime Minister Margaret Thatcher.

Speaking to City A.M., Gyimah said: “For the Conservatives to win over the voters lost to other parties, it is essential that we rediscover our core values of work, enterprise and aspiration.

“Tax cuts are essential but we have to be smart about them, by getting rid of the taxes that are the worst barriers to economic growth, and simplifying the tax code so that taxes are clear and transparent.

“Tax giveaways aren’t good enough – we’ve spent the last nine years telling people that austerity was necessary for the good of the country, and rightly so.

He added: “The solution isn’t, despite what Corbyn and Farage say, nationalisation. It’s modernising the tax system.”

Stick with HS2 or scrap it? Where every Tory leadership contender stands on the £56bn railway

What does Boris Johnson have in common with Oscar Wilde? A brief history of private prosecutions