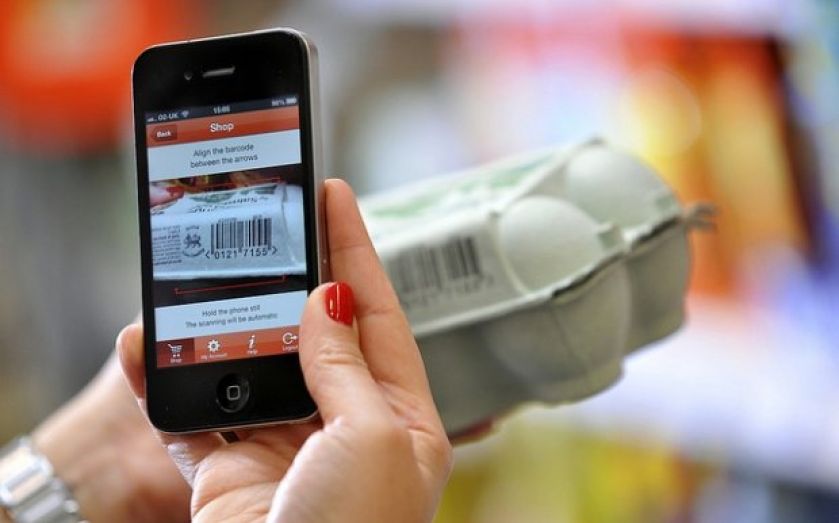 Remember those hefty handheld “scan as you shop” machines in supermarkets that allow you to avoid queuing at the check-out?
Sainsbury’s has rebooted this concept with an app that allows shoppers to scan, pack and pay for their shopping using their smartphone before collecting a receipt and exiting the store.
With its “mobile scan and go” Sainsbury’s are taking a leaf out of Apple’s book.  The tech giant’s EasyPay app already allows iphone owners to scan and purchase items on the shop floor without going to the checkout. And others will surely follow suit with their own version.
Sainsbury’s digital and technology director Jon Rudoe claims it is the first supermarket chain to launch an app that allows consumers to scan and pay for their groceries in store using their phones, adding that trials in Tadley, London Colney and Leicester North had so far been encouraging.
However it won’t be to everyone’s tastes. Critics will say the process dehumanises the shopping experience, taking out the social interaction with staff at the till.  But this is already happening to a great extent with the boom in self-service checkout counters.
And with the power now increasingly in consumers’ hands, there are also worrying signs that we are turning into thieves, after a recent survey revealed that a fifth shoppers steal on average £15 worth each of goods every month from self scanners, amounting to £1.6bn.
According to the survey by money saving website VoucherCodesPro.co.uk, some 57 per cent of respondents said they had stolen because they had frustrated with the machines gave up trying to scan something.
Criticisms aside, the technology revolution taking place at the tills is all about providing customers with more flexibility and choice over what to buy and when, while helping retailers drive more shoppers through their stores. Supermarkets will continue to try and test new services and gadgets as the competition to win over cash-conscious customers intensifies.
Share
Tags: Company Sainsbury (J)