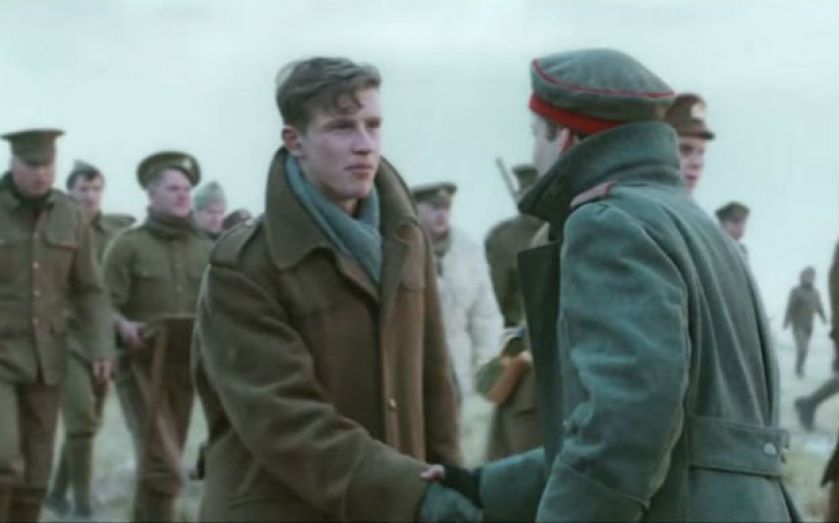 Has Sainsbury's managed to steal John Lewis's crown for best Christmas advert of the year?

The supermarket has created a Christmas ad just as touching, heartfelt, and beautifully told as John Lewis’ Monty the penguin, but with a far deeper sentiment.

Sainsbury's partnered with Royal British Legion to tell the story of Christmas day in the trenches of the First World War in the centenary of the conflict.

The famous moment when troops on both sides put down arms to play a Christmas day football match is recreated and a bar of chocolate is the only product to be seen – exchanged as a gift between soldiers on rival sides.

Sainsbury’s, which yesterday reported a plunge in profits, will sell the featured chocolate bar in stores over Christmas, with all profits going to the Royal British Legion.

A 10 second version of the film will appear on TV after debuting in last night on ITV.