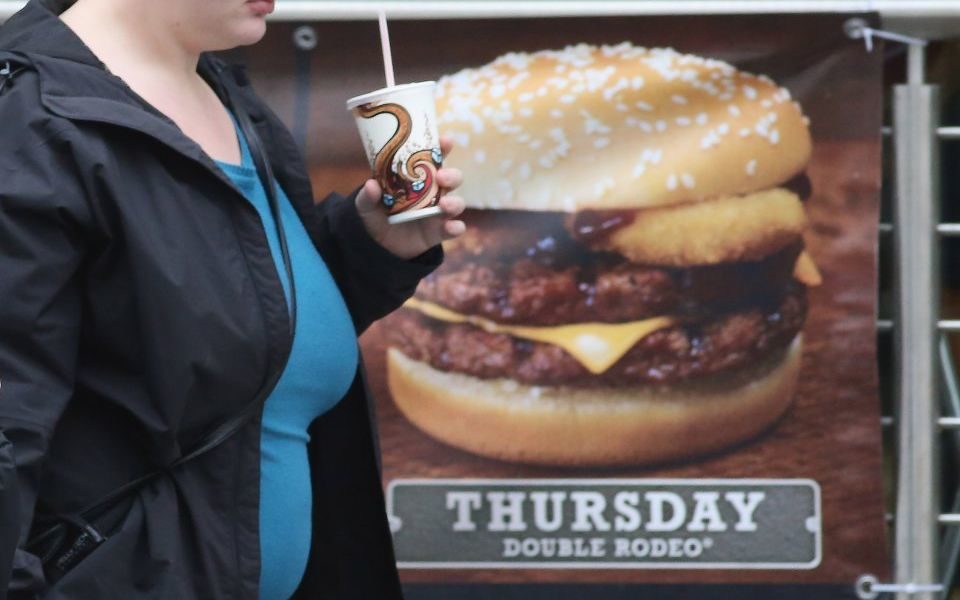 Last week, a divisive political leader brought an end to a scourge that threatened our everyday society.

No, I’m not talking about Donald Trump, whose summit with Kim Jong-un unfortunately failed to achieve the denuclearisation of North Korea.

I’m talking instead about London mayor Sadiq Khan, whose ban on junk food advertising on the Transport for London (TfL) network came into force a week ago today.

While the move is meant to improve public health in the capital, it runs the risk of creating some unintended side effects that could prove problematic – for the marketing industry, and for TfL itself.

The ban, first announced in November, will prevent adverts for food and non-alcoholic drinks which are high in fat, salt and sugar (HFSS) from appearing at bus stops or on the London Underground.

So say goodbye to seeing ads for cheeseburgers and chocolates during your morning commute.

The aim is to combat childhood obesity. Public Health England revealed last October that over 37 per cent of 10 and11-year-olds in London were overweight or obese, and this ban was the mayor’s response.

“It’s clear that advertising plays a huge part in the choices we make,” Khan said when it was first announced. “Londoners have shown overwhelming support for a ban on adverts for junk food and drink on our transport network.”

It has certainly been welcomed by many, most notably celebrity chef Jamie Oliver, as well as campaign groups like the Obesity Health Alliance (OHA), which has called for further action across the country, including a 9pm watershed on junk food TV adverts.

“We know that seeing junk food adverts influences what and how much children eat. This can lead them to pester their parents, and ultimately eat more sugary and high calorie foods,” Caroline Cerny, the alliance lead at OHA, tells me.

“With one in three children in England leaving primary school with excess weight or obesity, it is clear that multiple policies are urgently needed to help all children be a healthy weight.”

While some may quibble over the link between advertising and obesity, there is plenty of research revealing the huge number of junk food ads that are seen by kids. This may encourage them to nag their parents into buying unhealthy snacks – the point of advertising, after all, is to make people want things.

“No one is saying banning ads will make the pounds fall off kids,” says Dave Lawrence, planning partner at creative agency Brave. “Only that if they see fewer messages about food that is bad for them, they will be less likely to ask for it. To suggest otherwise is to suggest that the whole basis of our industry is flawed, that you’ve been making ads that don’t work.”

But the ban has also come under fire for a range of reasons. For one thing, there are claims that it will leave a £13m hole in TfL’s finances, leading to either less investment in services or higher fares for commuters.

Others point out that it may prove ineffective, as relatively few children travel on TfL’s network compared to the number of adults.

And then there’s the question of whether a transport network should dictate what you eat in the first place.

“The mayor has decided what’s good for you, and you’ll have to lump it,” warns Matt Kilcoyne, head of communications at the Adam Smith Institute. “We all know how this plays out. Next he’ll ban alcohol adverts, and then video games – without any evidence that an ad ban will cut obesity.

“And it’s not even needed. London has the lowest levels of obesity in the country, and its citizens are the most likely to cycle, run, and walk to work.”

There are also problems over how the ban will work practically.

For instance, while HFSS ads can’t appear underground, commuters will still see billboards and posters for them on the high street.

Consider also the definition of an HFSS food, which is based on the government’s Nutrient Profiling Model. This scores products based on its ingredients – so just a milligram of salt or sugar could be the difference between a “healthy” and “unhealthy” product.

Then there are the fringe products that will be impacted: Easter eggs, an afternoon cream tea, and olive oil would all likely fail the HFSS test, even though the public wouldn’t consider these junk foods.

Lastly, it’s foods that are banned, not brands – McDonald’s can continue to market to consumers, but will have to advertise healthier goods.

“Brands will simply find themselves advertising one of their products rather than another,” says Sam Ashken, strategy director at Interbrand. “How can the large food and restaurant brands not just offer healthier food, but also get their customers to buy it?”

One can easily imagine a clever marketer designing an ad for a McDonald’s salad, knowing that the consumer will probably buy a burger instead once they are inside a store.

This isn’t the first attempt at restricting junk food ads. Since 2007, they’ve been banned from appearing during children’s TV programmes, and in 2017, the Advertising Standards Authority added rules that prevented HFSS products from being advertised in children’s media, or where kids make up more than a quarter of an audience. There are also rules preventing junk food ads within 100 metres of primary schools.

But this new ban could be the thin end of the wedge for meddling in advertising. If it proves a “success” (based on who-knows-what metrics), other cities may copy the decision. And campaigners are already calling for a 9pm watershed on junk food ads on TV. Who knows what could be next?

The only question that matters is: will this stop people buying junk food? Probably not. But the powers that be seem determined to try it anyway.