RSC's As You Like it at the Barbican: Fresh and flirtatious but too self-conscious 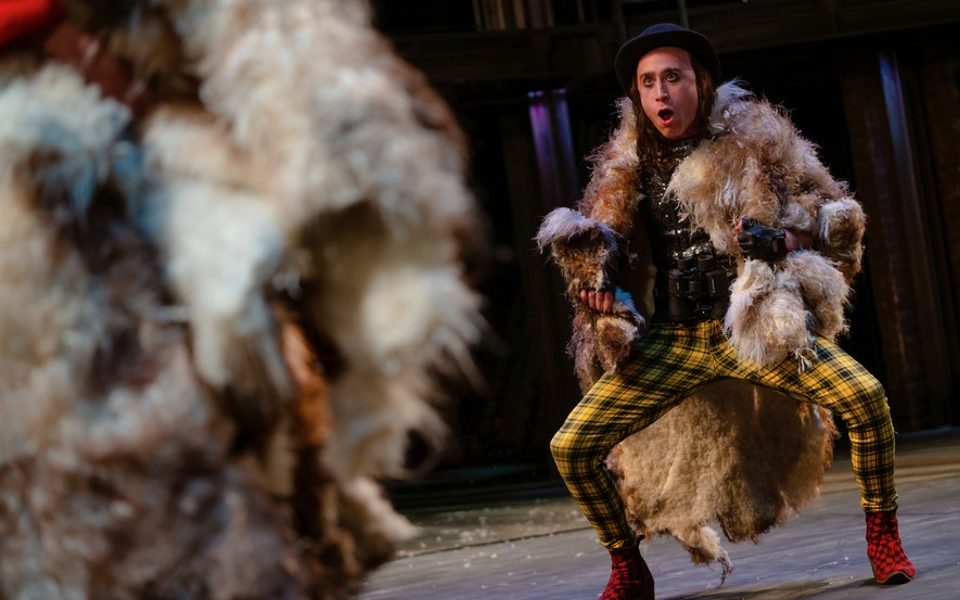 The Royal Shakespeare Company’s first offering from its ensemble season at the Barbican takes us on a journey from the royal court, deep into the Forest of Arden.

It’s a playful, mad, physical comedy, with a number of laugh-out-loud moments and some strong performances. Speech and tone are casual and the production feels modern, fresh and flirtatious, with a focus on love in its many forms. In the Forest of Arden, identity, sexuality and gender are ever-changing: women dress as men, roles are re-gendered, and the forest becomes a liminal, fluid space, free from societal norms.

Great effort is made to create a distinct relationship between audience and actor, as Shakespeare himself would likely have encouraged, to underscore that this is a play, and everyone a player. For a production set in the forest, there’s not a tree in sight. Instead, the stage is an unmade set: costume racks are dotted around; sheets cover detritus in the background; the house band sits in plain view, directed to play music as and when the protagonists please.

Yet at times this breaking down of barriers feels overplayed and affected. The house lights are left on for much of the performance to allow the characters and the crowd to be as one, but this leaves one feeling exposed and uneasy, rather than immersed, and prevents the production from flowing as smoothly as it might. There’s a somewhat jumbled approach to costume, characterisation and pace, which, along with the imposed theatricality, has the effect of distracting and detracting from the work itself.

As Rosalind says, as she brings the play to a close, you are free to enjoy as much of the play as you please, or indeed, to take it or leave it as you like it.