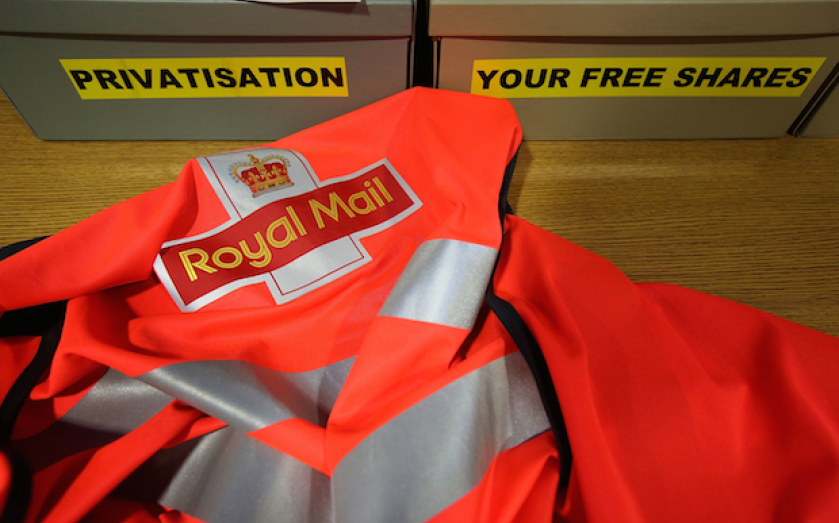 This isn't what Royal Mail shareholders wanted to hear in the run-up to its busiest month: shares fell 7.3 per cent in the early afternoon as the 500-year-old postal service said its delivery operations faced "stiff competition" in the first half of the financial year.
For the six months to 28 September, pre-tax profit was £218m – a 6.4 per cent decline from £233m during the equivalent period last year.
This morning Royal Mail said its success was being affected by intense competition from companies such as DPD and TNT, and that it was also suffering from retailers setting up their own click-and-collect services.
It listed Amazon as a particularly fierce competitor – Royal Mail has been losing business to the firm, which is also its biggest client, since it established its own delivery services. In fact, Amazon's own network will "reduce the annual rate of growth in the UK addressable market to 1-2 per cent for approximately two years," said the company.
The FTSE 100 company also provided lower returns for its investors during the period, with earnings per share at 16.3p, compared to 16.8p in 2013.
But despite having to function in an increasingly competitive market, revenue for the period was £4.53bn – a two per cent increase from the year before.
Alex Joyner, senior equity analyst at Galvan Research and Trading, said:

The share price has consistently underperformed this year and trading conditions remain tough, particularly for the parcel business.  The growth rate here has been halved in the wake of stiff competition from likes of TNT, DHL and now Amazon.

Investors appeared unperturbed by the results, with share price  going up by 1.3 per cent to 475 pence in morning trading.
According to chief executive Moya Greene, as long as the company performs well over Christmas, it is still in line to meet market expectations of £235m profit and £9.47bn for the full year.

I am pleased with our overall performance. We have delivered two per cent revenue growth together with margin expansion, in line with our expectations. Our tight cost control meant that UK costs were flat on an underlying basis and we are expecting a similar performance for the full year.
Our performance remains in line with our expectations for the full year. But, as always, this depends on us delivering another great Christmas, for which we are fully prepared.

When Royal Mail was publicly listed in by the government in October last year, share price shot up from its initial value of 330 pence.

This attracted criticism from many, who said business secretary Vince Cable had sold the company for too little. The IPO raised an estimated £2bn for the Treasury.
However, share price began to decline steadily over the proceeding months, and in September it fell below 400 pence for the first time since going public.
Shares have started to keep up once more, however, indicating the tides may be changing for Royal Mail.
Share:
Tags: Company Royal Mail