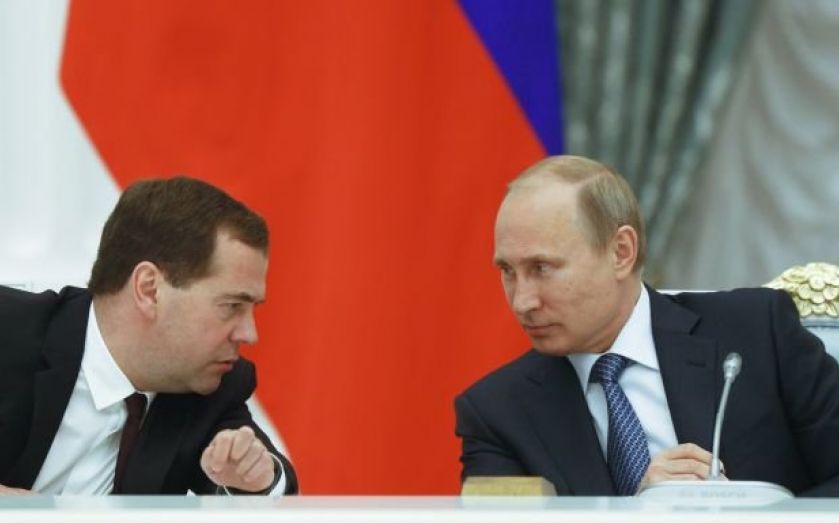 President Putin celebrated his birthday yesterday, but it's just as well he is a tee-totaller because Russia's currency is probably giving him enough of a headache to worry about.
The rouble has fallen to a new low against both the dollar and the pound today, as sanctions and falling oil prices continued to hit prospects for Russia's economy.
At pixel time the currency had dropped to reach 40 roubles to the dollar. This is an all-time low for the Russian currency.

The pound meanwhile was equivalent to more than 62 roubles.
The decline is being put down to a combination of falling oil prices and trade sanctions.
It has been nearly a month since the EU and US imposed trade sanctions on Russia, over its involvement in the Ukraine crisis. Those sanctions were renewed at the end of September, with the EU saying they would stay in place until the peace agreement between Ukraine and pro-Russian separatists had been “properly implemented”.
It is also being affected by its own trade embargo against the West.
The economy is forecast to grow by just 0.5 per cent this year as a direct and indirect result of sanctions.
Falling oil prices have also not helped: Brent crude fell nearly five per cent last week – its biggest single drop since April 2013.
The country's central bank has stepped in, with Reuters estimating that it has spent at least $700m since May in an attempt to stem the decline.