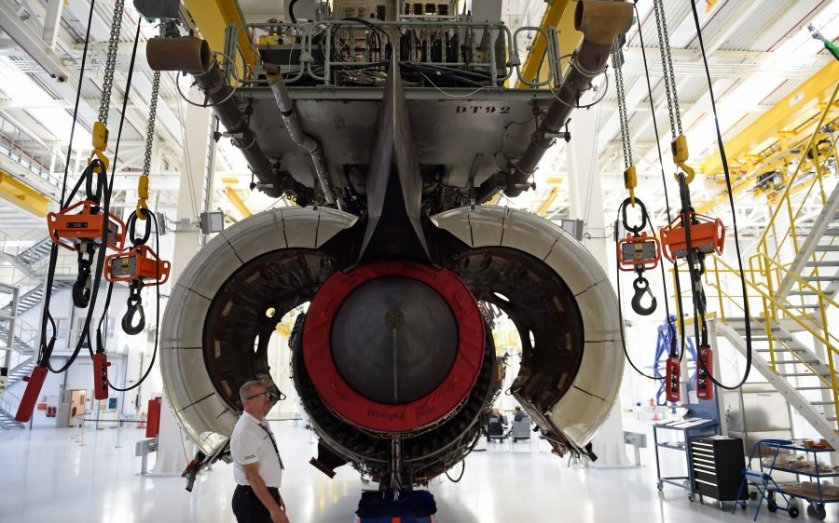 Plunging profits have forced Rolls-Royce to slash its dividend for the first time in a quarter of a century – but shareholders were mollified.

The engine maker reported underlying revenue of £13.4bn for 2015, down one per cent from the year before.

Profits were down 12 per cent at constant exchange rates, to £1.4bn.

Rolls-Royce shares have plunged over 30 per cent since July, when Warren East took over as chief executive, but investors flocked to it this morning. The stock was up 15 per cent in late morning trading.
[stockChart code="RR." date="2016-02-12 11:25"]

Shareholders were braced for bad news, but the dividend cut announced today was even deeper than most analysts’ predictions of 17p. Rolls-Royce has also proposed reducing its interim payment by 50 per cent this year.

The UK engine maker has made five profit warnings in the past two years, and shares have similarly plummeted. Meanwhile, a number of big-name investors have given up their holdings in the engineering group.

In the context of challenging trading conditions our overall performance for the year was in line with the expectations we set out in July 2015.

It was a year of considerable change for Rolls-Royce: in our management, in some market conditions and in our near-term outlook.