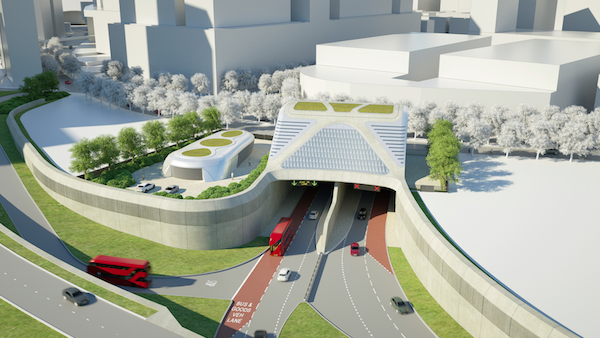 A rival bidder for the proposed Silvertown Tunnel has launched legal action against Transport for London (TfL), preventing it from signing the £1bn contract.

TfL awarded the contract to build and design the tunnel in East London to Riverlinx, a consortium that includes Aberdeen Standard Investments (ASI), Cintra and Macquarie Capital.

New Civil Engineer reported that one of the losing bidders, Silver Thames Connect, has launched legal action against TfL, which prevents it from physically signing the contract with Riverlinx.

A TfL spokesperson said: “We are disappointed that our reserve bidder, STC, has decided to challenge the outcome of our procurement process for the design, build, finance and maintain contract for the Silvertown Tunnel.  We are awaiting further details about the claim and will respond to them in due course.”

The project, which will connect the Greenwich peninsula to Silvertown through an under-the-water tunnel, will come within Transport for London’s (TfL) ultra-low emission zone, meaning vehicles that do not meet certain emissions standards will have to pay a daily charge.

TfL says the new tunnel will reduce congestion at the Blackwall Tunnel, which sits under the Thames and links Tower Hamlets with the Royal Borough of Greenwich. It was closed more than 700 times in 2017/18.

Read more: Here are all of London’s delayed transport projects

The Silvertown tunnel is one of a number of TfL projects that has suffered setbacks. The award of the contract is five months behind schedule, meaning the tunnel will now be completed in 2024 for a 2025 opening. It was originally expected to open in 2023.​