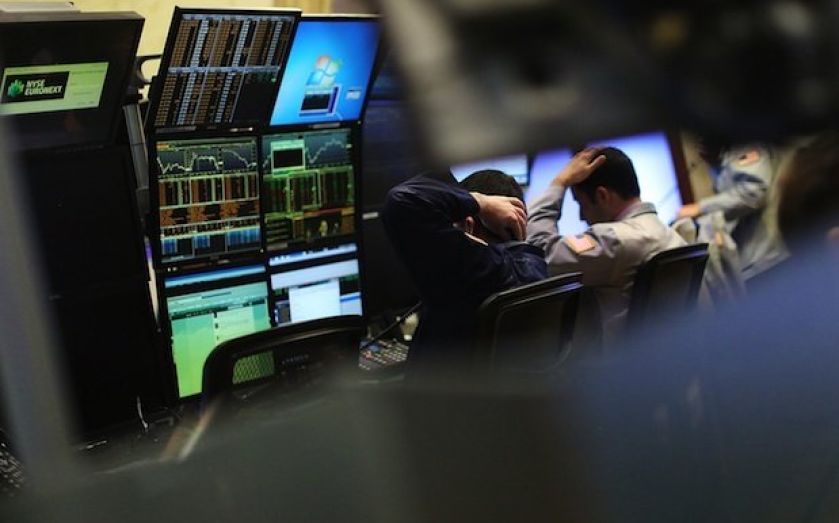 DISRUPTION is capitalism’s great party trick. The history of business is full of seemingly insignificant upstarts who cottoned on to a new technology or idea, and used it to embarrass, and then destroy, proud incumbents. It’s a lesson that makers of mainframe computers, record labels, and bookshops have all learnt to their cost. But consumers reap the rewards, in the form of better, cheaper goods and services. Now, evidence is emerging that a similar revolution could be on the way in the banking sector. Research we published on Friday with the Universities of Cambridge and Berkeley showed that so-called alternative finance, such as crowdfunding and peer-to-peer lending, is on the rise. It is expected to provide £840m of finance to UK small businesses next year, and a similar amount to individuals. Although this only represents about 2 per cent of annual UK business lending, its 90 per cent year-on-year growth rate suggests it will soon be a force to be reckoned with. The most familiar type of alternative finance is crowdfunding: websites like Kickstarter and Crowdfunder.co.uk on which people can solicit money to back anything from movies and community projects to high-tech gadgets. The people providing the money typically don’t expect a return beyond a free product or some memorabilia. Even so, it has helped some genuine commercial products get off the ground, like the Pebble Smart Watch – which raised $10m (£6.14m) on Kickstarter after failing to attract sufficient venture capital funding. But it is crowdfunding’s lesser known cousin, peer-to-peer finance, that offers the biggest challenge to banks. Peer-to-peer lenders like Funding Circle and Zopa provide a platform for individuals to invest their money in personal or business loans. Seedrs and Crowdcube do the same, but with investors taking equity stakes. MarketInvoice allows individuals to invest in trade receivables. A typical Funding Circle deal involves over 400 investors lending a total of £50,000. This is radical stuff. It replaces the complex and costly processes of a bank’s business lending operation with a website and a swarm of small lenders. Borrowers like the speed and the simplicity. Lenders enjoy the convenience too, and the feeling that their money is helping real businesses. But they are not primarily in it for charity or fun: a survey of Funding Circle’s investors made it clear that what they value most is the attractive risk-return profile of the investments. All this suggests the sector is likely to continue its impressive growth. Peer-to-peer lending could also be good news for the economy. With bank lending still constrained by the need to repair battered balance sheets, new sources of capital for small businesses are especially welcome. Around a third of companies financed through Funding Circle, for example, didn’t believe they could have raised money any other way. The rise of alternative finance will not be plain sailing. One immediate challenge the sector faces is regulation. Most alternative finance providers believe some regulation is needed, to prevent an invasion of fraudulent platforms. But some of the early proposals from the Financial Conduct Authority seem to be heavy-handed. Instead, the sector needs proportionate rules that prevent egregious excesses without nannying investors. Given the vast time and expense spent designing and overseeing the regulatory regime for incumbent banks, it only seems fair to make the effort to get it right for new entrants. Given their growth and their popularity with customers, it’s perhaps surprising that banks are not taking the upstarts of alternative finance more seriously. A few banks, such as Belgium’s Belfius, have explored small-scale partnerships with platforms, but for the most part their reaction has been to wait and see. Some bankers suggest that crowdfunding and peer-to-peer lending is a passing fad: a reaction to the unpopularity of banks following the credit crunch. This increasingly seems like wishful thinking. Although there are certainly businesses who have been driven to peer-to-peer lenders because their bank will not lend to them, there is a more fundamental change at work. For most of history, sharing information and coordinating investors were expensive and a pain. Banks helped people by solving this problem, and bridging the gap between dispersed small lenders and borrowers. New technology changes this, and makes it easier for people to exploit their real-life social networks, at the expense of the middleman. If they do not respond to this opportunity, business bankers risk joining the ranks of capitalism’s humbled incumbents. Stian Westlake is executive director of research at Nesta.