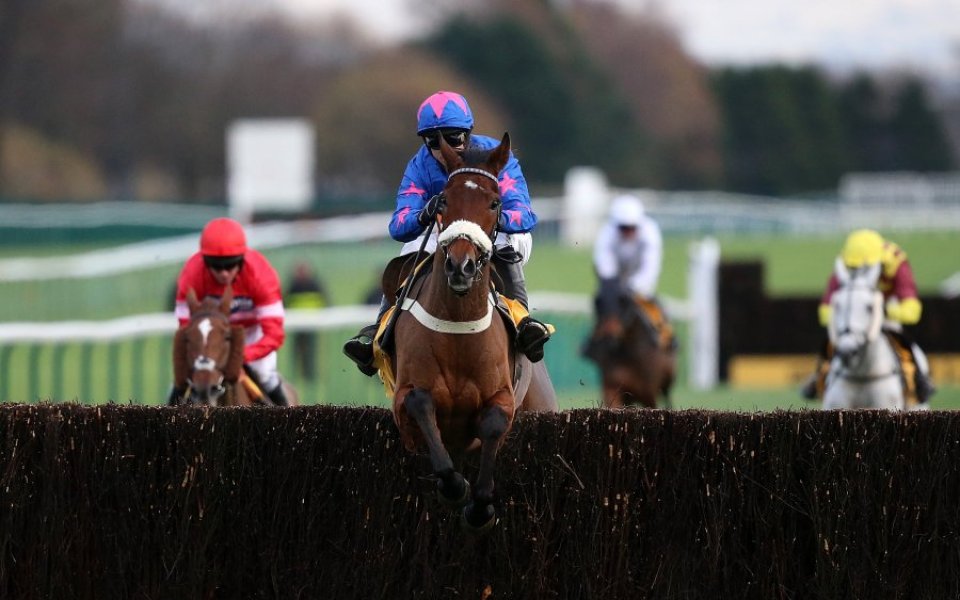 Some National Hunt horses truly capture the hearts of the public and Cue Card is one of them.

Colin Tizzard’s nine-year-old appears to have been around forever. A winner of the Champion Bumper at 40/1 on just his second start in 2010, his last trip to Cheltenham was in March 2013 when he demolished his Ryanair Chase rivals by nine lengths.

Last season was something of a write-off, but a reason was found. He’d been suffering from a trapped epiglottis. And with that problem now resolved the Cue Card of old has seemingly returned with two powerful displays in the Charlie Hall at Wetherby and Betfair Chase at Haydock.

Kempton’s Boxing Day highlight has so far eluded the son of King’s Theatre. He was fifth 12 months ago, but looked like the winner in 2013 only to tire after the second last fence.

Trainer Tizzard welcomed the media to his new Dorset yard this week and is clearly looking forward to the challenge.

“It’s never an easy race is it? We’re looking forward to it. I think we’ve got more strings to our bow this time. We can let the others drag us into the race,” he said.

“Very few horses have won at Haydock as easy as he has. He won with his head in his chest. With his speed and stamina, Kempton will be the ideal track for him.

“I’d just love to win a King George with him. He’s been a damn good horse for four or five years now and he deserves it. He’s a classy, brilliant horse.”

Tizzard recently moved to a new yard and he feels that has helped his string.

“I think the new barn has had a lot to do with it,” he added. “We’re up here in the fresh air in a bug-free area and some of our horses have improved massively.”

Cue Card is 9/2 with the sponsors for the William Hill King George and if he wins a rather large carrot will be dangling in front of his connections.

The trainer added: “If we win the King George, we’ll go for the Gold Cup which is what we’ve always wanted to do.”

Many had written Cue Card off, but this could just be the time he reads the script perfectly.