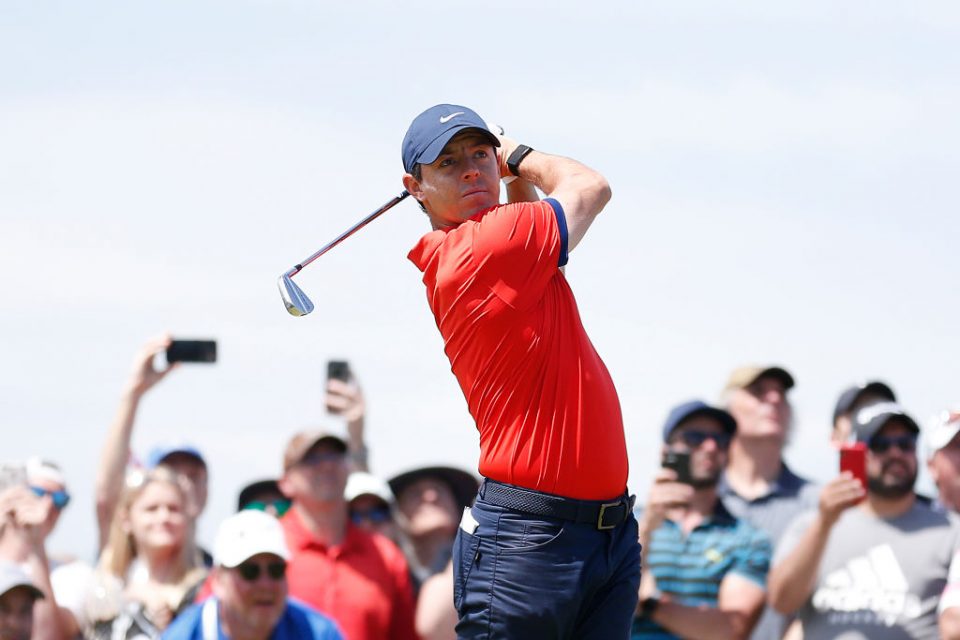 Rory McIlroy played the best golf that I have seen anywhere for a long time as he romped to a seven-shot victory with an extraordinary final round of 61 at the Canadian Open on Sunday.

He was like Tiger Woods, demoralising the chasing pack right from the word go with five birdies on the front nine and leaving the commentators in awe. It was pure exhibition stuff at times and a reminder that when Rory is at his best nobody can touch him.

McIlroy looks to have a lot more control of his short irons now which, while you couldn’t call it a weakness, was an area open to improvement.

His putting looks solid, although it hardly needs to be when the rest of his game is that good – Stevie Wonder could have carded a 65 if left with Rory’s putts on Sunday.

He is playing without fear, and when you get in that zone it’s a wonderful feeling. It would be fantastic to see more rounds like that from Rory this week at the US Open.

If McIlroy’s display in Canada was the best golf of the year then the leading performance overall has been Tiger’s to win the Masters. At Majors the pressure is at a different level.

Woods is also responsible for the greatest Major performance of all time, his total domination of the 2000 US Open at Pebble Beach, where the tournament is returning this year.

To put that win in context, Ernie Els said he had played the golf of his life to finish three over par, 15 shots behind Tiger. When a player of Ernie’s quality says that, it tells you how exceptional it was.

Woods will be raring to go this week. In fact, he would have loved to walk off the 18th green at Augusta in April and straight onto the first tee at Pebble Beach. He is definitely a contender.

His record-breaking win 19 years ago means that he has memories from this place that nobody else does. Having ended his 11-year wait for another Major, the gates are open and No16 could come at any time now.

It’s not sticking my neck out but Brooks Koepka is my other fancy for this week. He is seeking a third consecutive US Open and, like McIlroy, is a great driver with a terrific set of attributes.

They say players are judged by their Major performances. With four wins from his last eight Major starts, that department seems to be very much Koepka’s strength.

It’s obvious that the US PGA champion knows how to get the job done. He isn’t scared in the big events and that is a huge quality that marks out the very best.

Of the rest, Tommy Fleetwood is good enough to break through at any Major, but having finished second last year and grown up playing coastal courses, Pebble Beach offers a good chance for the man from Southport.

Francesco Molinari can shine too, despite his recent dip in form. The Open champion’s machine-like accuracy comes to the fore when the wind picks up, as it can on the Monterey peninsula.

Graeme McDowell is a similar type and has great heart, as he showed when winning the last US Open at Pebble Beach in 2010. He arrives on a high, having just secured his place at the Open in his native Portrush.

Shane Lowry, second in Canada to McIlroy, seems to be back to his best this year and is another Irishman with a great game in windy conditions.

It’s going to be a fabulous week and any one of about 10 players could win. If all three of my picks play to their absolute maximum, however, there is no question that McIlroy triumphs.

He doesn’t have any flaws – if you stopped his swing at any point his club would always be in the perfect position – and it feels as though his fifth Major has been coming for a while.

Away from Canada and California, I enjoyed watching the European Tour’s GolfSixes event in Portugal, where Thailand beat England in the final of the six-hole team tournament at the weekend.

Like the Made In Denmark’s mix of stroke play and match play last week, this was another well-run and innovative event. I’ll admit that I wasn’t sure about new formats at first but I am enjoying them now.

Sam Torrance: Patrick Cantlay back to winning ways with a little help from Jack Nicklaus

Sam Torrance: Rory McIlroy's decision to focus on the PGA Tour is the right one and can help him be successful in 2019