Razor sharp: Will King talks moving on from King of Shaves, politics, a plan for Tesco and why we need Tinder for voting 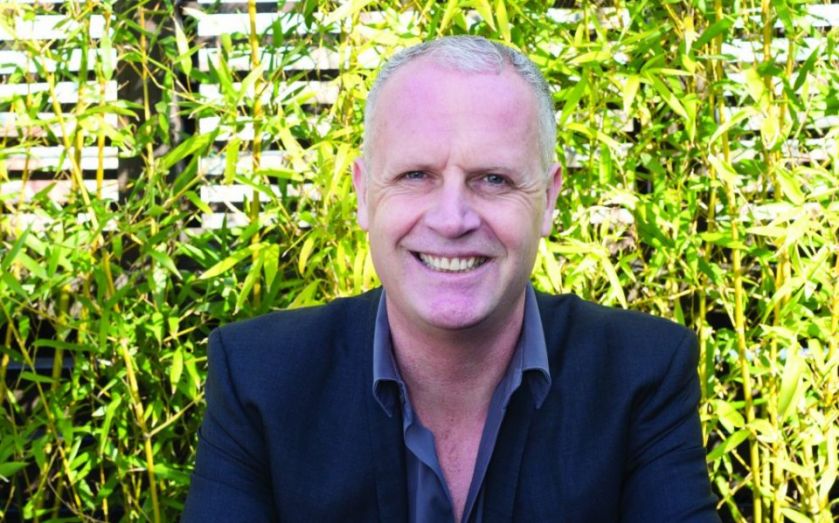 I came, I saw, I shaved, I died’ isn’t how I want to be remembered,” quips Will King. In 1993, he founded King of Shaves, the popular men’s toiletries brand. In frustration over the poor quality of his own products, he turned to his then-girlfriend’s bath oil for a smoother finish. The resulting businesses, including KMI, which King of Shaves was demerged from in 2009, have been so successful that “of shaves” is often tacked on the end of his name.
He took on the likes of Gillette, and bought up names like Fish and Ted Baker grooming products. “I never thought I’d end up being called an entrepreneur. At the time, we were in a recession. I’d just been made redundant from a marketing job and I knew I had to do something. It turned out that I’d set off on a 22 year journey”.
But since stepping down last October (when he handed the crown to lieutenant Andy Hill), King has been focusing on the new. Channeling over two decades of experience, he has joined the board of entrepreneur network E2Exchange, whose president is Richard Branson, and last year set up the Entrepreneur in Residence Company, helping to inject “entrepreneurial traits” at c-suite level and support high-growth firms.
One of King’s first clients is FutureGov, a fast-growing UK firm which, in a bid to increase efficiency and productivity, designs and implements digital technology into local government. “Bureaucrats are using these old systems at work, then going home and using LinkedIn and Facebook. We’ve got austerity-heavy or austerity-lite coming down the tracks. We must save money; local government and the NHS need to be more efficient.”

This is when you realise just how excited King is about the future – not just his own, but everyone else’s too. A self-professed “knowledge Dyson”, he has always recognised that it’s no good just cooing over technology; you need to use it. While leading King of Shaves, he patented hyperglide self-lubricating razors, and launched a shaving bond on an online platform back in 2009 – significantly ahead of most businesses that claim to have spearheaded peer-to-peer lending. “It was a bond that helped us bond with our customers. I wanted to call it ‘Bond, Shave Bond, 007 per cent’”.
He’ll happily talk at length about the rise of fintech and the enormous opportunities that it affords businesses. “It makes sense. People really hate banks. Their behavioural metrics have been on the scale of Ryanair – and that only got better because it improved its offering to customers. Banks were always just what you did. Now, there’s an opportunity to hold your money securely. You use firms like Ratesetter, Market Invoice etc because you like what those businesses stand for”.
I ask him about virtual currencies (for good measure). “Forget Bitcoin,” he says. “Have you heard of Ripple? You know in the future that an iteration of that is what will power the stock markets”. Ripple, unlike Bitcoin, is a payment network, rather than a currency, and isn’t dependent on mining.

But it’s blockchain, the versatile digital authenticating software behind Bitcoin, that’s behind King’s excitement at the moment. In the run-up to the General Election, one particular idea has been stuck in his mind: Tinder for voting. In a climate of disillusionment, particularly among young people, “voting needs to pivot”, he says. Imagine downloading a temporary app which allows you to flick through politicians’ faces and policies, and cast your vote with a click. “It’d personify the no attention span, rate or slate, selfie world we live in – iVoting, if you like.”
Blockchain provides a date and time-stamped audit trail which proves that a transaction (or the casting of a vote) has taken place. “It’s extremely cost efficient and is increasingly being – cautiously – looked at by banks and financial institutions looking to reduce friction in complex data matching. It could revolutionise how we vote.”
King, who was brought up by teacher parents in a Labour household, is fearful about Thursday. “I was excited in ‘97. We need that kind of enthusiasm now, and we simply don’t have it. What will we get if Miliband gets in? Milifandom and the bonus of Katie Hopkins leaving the country. The Tories have done a good job, net, but I’m worried that it’s egos, not policies, driving both the main parties.”

A SPOONFUL OF SUGAR

It’s not just the government getting a dose of advice: banks, he says, have “an obligation to embrace what’s coming. Regardless of the rise of alternative finance, they need to work because they employ so many people. If they don’t, they run the risk of what has happened to Tesco.”
King, as you might expect, has some incisive ideas for that struggling retailer. Having long known Richard Brasher, its former UK boss, and having sold to the retail giant for years, he is quick to highlight that the supermarket failed to grasp change – and now needs to do something pretty quickly. “It has this land bank – a huge asset. It could build socially affordable, mixed-use housing and anchor them to Tesco Metros. It needs to reconnect with the people who used it every day. Sometimes, you need to say ‘we made some mistakes’. Tesco employs over 300,000 people; again, any company that size has a duty to improve and keep people in work.” This, along with a similar offering to Aldi and Lidl – an “OsTec, say” – which would sell discounted third party goods would help the retailer get back on track, says King. “For sure, Tesco can pivot. But it has to do it in an unusual way.”

An element of the unusual matters to King for entrepreneurship. “Yes, it’s never been easier to set up a business. But that means that it’s never been easier for anybody else to set up a business.” “Wantrepreneurs” are rife, he says – but just toying with starting a company – even setting one up – doesn’t necessarily entitle you to the label.
For him, being an entrepreneur means taking on an abnormal level of risk. “It means that you’re not just matching expectations; being the best at whatever you can do is stripped right down to the bone, every day. People don’t realise how valuable time is.” The most astonishing innovations are down to those who do realise – “you have a certain number of seconds in a day. You can get most things back in life, but you can’t get a second back.”