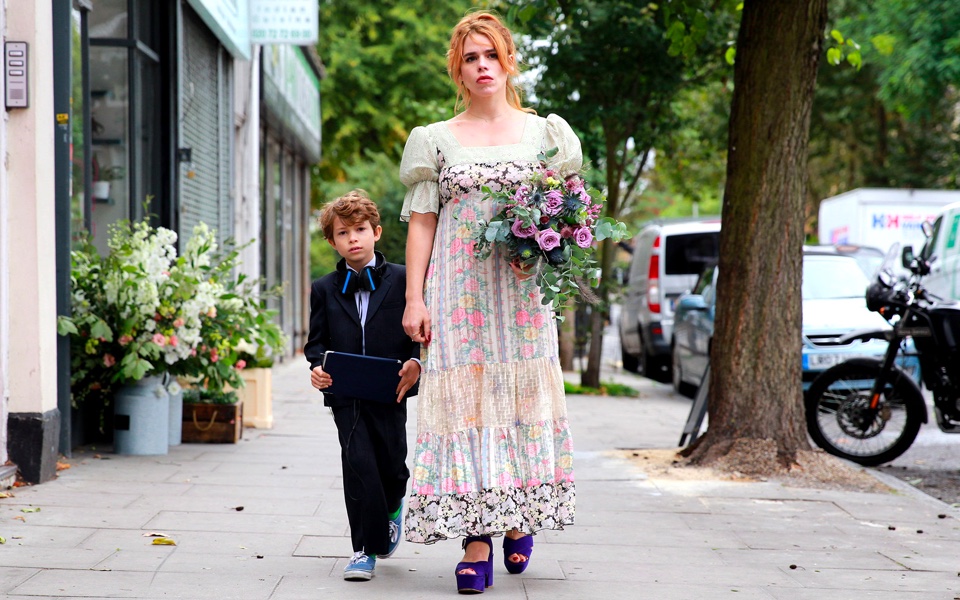 The laws of cinema dictate that the directorial debut of a famous star should be an exercise in self-service. Somewhat shallow stories are lifted into the spotlight because of the involvement of the celebrity, who has spotted a chance to get some behind-the-camera cred while also giving themselves the meatiest part. Rare Beasts lives up to its name insomuch that it bucks that trend, but then again Billie Piper has made a career of leaping over expectations.

From 90s teenage pop star, she burst onto the acting scene in the revival of Doctor Who, only to subvert that image with the more adult focused Secret Diary Of A Call Girl in the 2000s. Throw in her stage work, and the critically adored I Hate Suzie, it’s clear she’s a performer who always sought out the challenging route. As writer, director, and star of this acid tongued comedy, she turns up the discomfort even further.

She plays Mandy, a media worker and single mother living in London with her mother (Kerry Fox). Struggling with parenthood and low self-esteem, she goes on a date with Pete (Leo Bill), an anti-social misogynist who seems to hate women and has no hesitation in saying way. Embarking on a relationship almost as a form of self-punishment, Mandy wrestles with the expectations of parenthood, feminism, and the workplace as well as their contradictions with what she wants from life.

There is a sinking feeling right from that eye-gougingly painful first date that this isn’t going to have a feel-good conclusion. Matthew MacFayden is unlikely to stroll into the bar and sweep her off her feet. Like Mandy, we are stuck with these characters and their hilariously scratchy exchanges, delivering screams both silent and audible as they realise the many ways in which they feel out of place, and the realisation that this might be all there is. It rails spitefully against rom-com tropes, and in doing so becomes something quite unique.

Following on from her wonderful supporting turn as Sally Hawkins’ hateful sister in Eternal Beauty, Piper is enthralling as someone consciously walking through disaster. She has excellent scene partners, from Bill’s pompous love interest to David Thewlis as Mandy’s father, lingering around in her life without making any meaningful contribution. The ensemble tucks into a script that seems to understand the dull agony of other people’s weddings, and meetings where absolutely no one knows what they’re doing, all framed with Piper’s claustrophobic, nightmarish shot choices.

Rare Beasts would be a tense trip to the cinema, especially if it is your first time back. However, it is also a reminder of why many of us go to the cinema in the first place. It’s a story that challenges your perceptions of the way we live, and while it feels like a heightened representation of modern life, beneath the sharp script are issues many of us will be all too familiar with. Piper has made herself uncomfortable in order to deliver a strong directorial debut, one worth that’s well worth making yourself uncomfortable for.

Rare Beasts is in cinemas now.