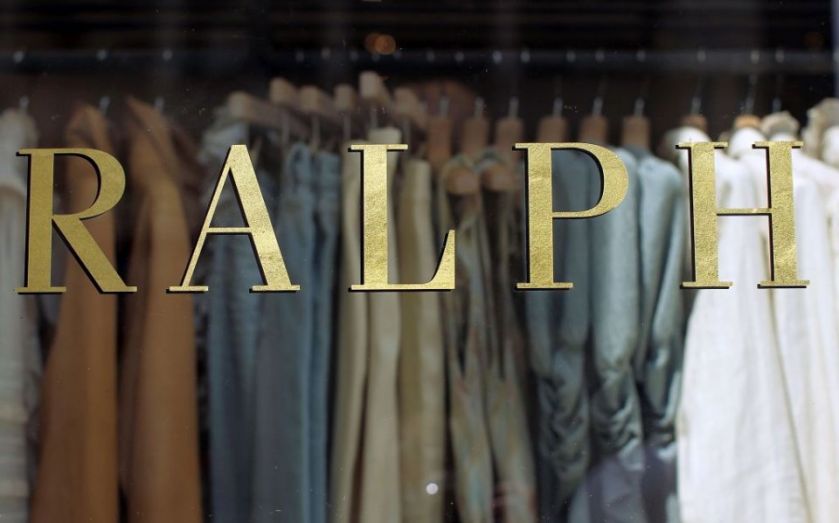 Ralph Lauren’s share price opened 11 per cent lower on Wednesday after the company slashed its revenue outlook for the second consecutive quarter.
Shares in the US retailer tumbled to a price of $150 per share after closing at $170 on Tuesday, with investors not encouraged by disappointing third quarter results.
For the financial year ending 27 March, Ralph Lauren expects revenue growth of just four per cent – a drop on its previous estimate of five to seven per cent.
Net income in the third-quarter fell to $215m (£141.3m) from $237m in the same period last year, as capital expenditures rose to $124m compared to $81m last year.
Ralph Lauren has also raised its quarterly dividend by 11 per cent to 50 cents per share. 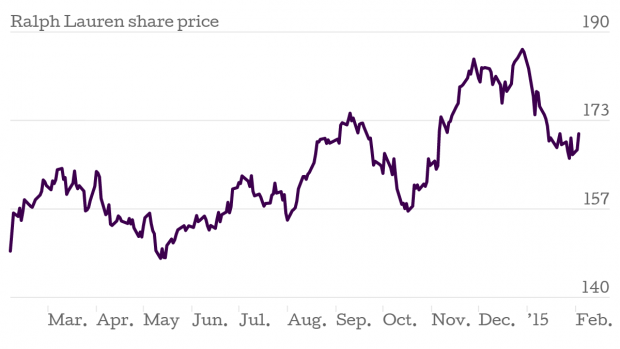 A stronger dollar is weighing on the retailer’s outlook. Ralph Lauren said it would continue to have a “negative impact” on the company’s sales and profits in the forthcoming 2016.
The dollar has surged in recent months against a basket of major currencies and will have affected business. Around 5,000 of its 11,450 points of sale were in Europe and Asia.

Our long-range goals remain unchanged, and we have a clear roadmap to achieve them. As we work to realize these goals and maximize our investments in an increasingly complex global environment, we are marking the right organizational changes to ensure a strong and healthy future for the company.
The board’s decision to raise our quarterly dividend demonstrates its conviction in the company’s growth objectives and an ongoing commitment to returning cash to our shareholders.

The brand remains healthy in the long-term, but could be in for a relatively choppy financial year 2016.