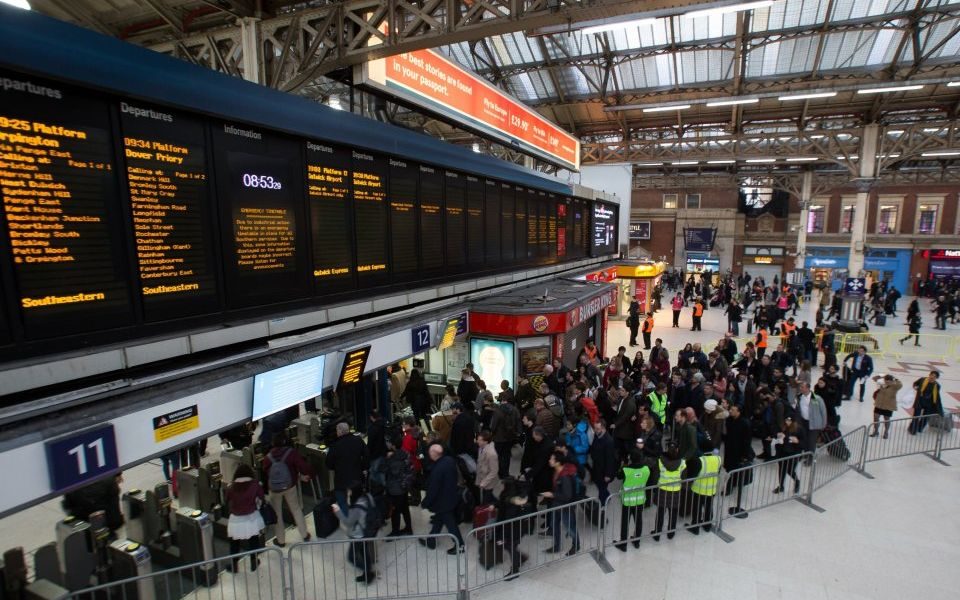 The government's role in the UK railways will "have to change" if the industry is to become more customer-focused, the former boss of British Airways has said.

Keith Williams, who was appointed to lead a "root and branch" review of the railways following last year's May timetable chaos, hinted that the Department for Transport (DfT) could take on a more arms-length approach to running the railways, saying "some decisions are best taken by those closer to the detailed operations".

"It is right that government and ministers set the strategic direction for the railway and decide the overall level of public funding, " he said. "And they are rightly accountable to parliament for that.

"But the DfT has had to take on roles it never intended to perform, largely because of an absence of clear alternatives, filling a vacuum in the current structure that has not been fundamentally updated since privatisation, whilst the world has changed considerably around it. Did it ever really set out to specify which trains stop at which stations?"

He added: "The Department for Transport’s role and the role of other industry players, will have to change as we begin to realign the sector to focus on its customers."

Speaking at an event in London, Williams said "trade-offs and tough choices" would have to be made to create a more "customer-centric" railway.

“Moving to a customer focused railway won’t be easy and I want to make it absolutely clear that trade-offs will be unavoidable when I come to make my recommendations – for example, between a system that delivers a national network and is responsive to local interests," he said.

The findings of the Williams review are due to be published this summer, in time for the government to produce a white paper in the autumn.

Meanwhile, the Rail Delivery Group (RDG), which represents the rail industry, called for a new independent rail watchdog to stop the industry being used as "political football".

Chief executive Paul Plummer said: “Too often at the moment, the lines of accountability are blurred, and the public doesn’t know who is responsible for which part of the system. There are too many bodies, some with conflicting remits and competing agendas.

“Ministers understandably feel they are left on the hook for day-to-day problems. Rationally, they often attempt to off-set political risk through constrictive contracts, but that means companies’ ability to innovate, adapt and evolve is curtailed.

"That’s why we are calling for a new arms-length organising body to implement national rail policy, and prevent the railway being used as a political football. It would allow politicians to step back and concentrate on the big questions of what they want the railway to achieve for communities and the country. Train companies and Network Rail could focus on what they do best – innovating and creating to deliver better for their customers."

The rail industry is currently regulated by the Office of Rail and Road (ORR), which has the power to issue fines for poor performance.  Last week it fined Govia Thameslink Railway (GTR) £5m for failing to provide “appropriate, accurate and timely” information to passengers about the timetable change.

“This new body, responsible for setting strategy, objectives and targets and for holding the industry to account must be separate from the organisations responsible for running the railway, both track and train," Plummer said. "The pupils cannot mark their own homework."

An ORR spokesperson said: "The rail review is looking at the structure of the whole rail industry and this will clearly have implications for regulation. The ORR has contributed a formal submission to the review, which outlines the need for strong independent regulation and we will continue to engage proactively throughout the process.”