Rahaf Mohammed has lifted the veil on the brutal Saudi regime 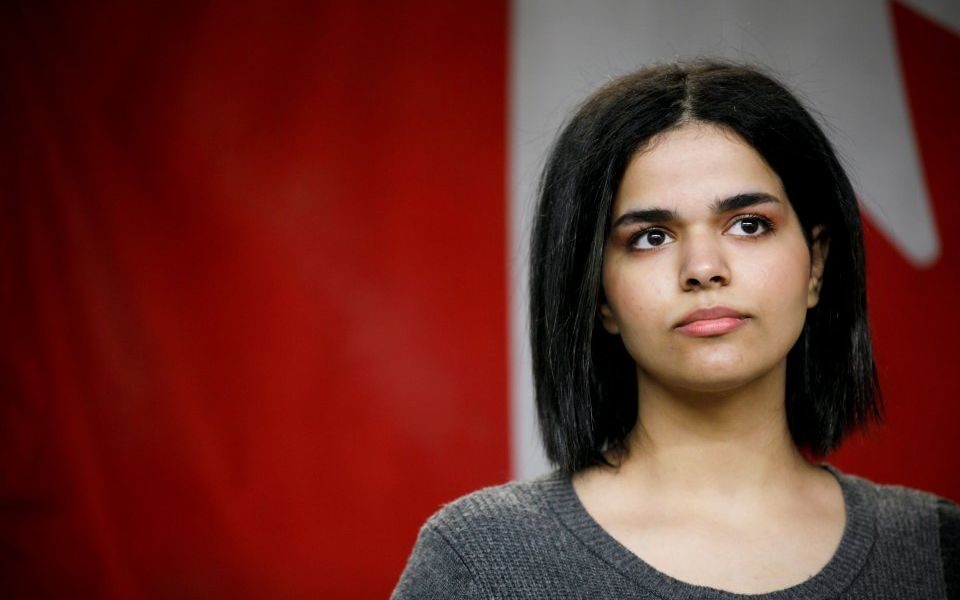 Rahaf Mohammed is at first glance an unlikely harbinger of change in Saudi Arabia.

Teenage girls usually know their place in Saudi society: unlike the Victorian child, they are neither to be seen nor heard.

But her near-miraculous escape from the clutches of Saudi authorities, which sought to forcibly return her to a family outraged by her departure from both their violent proximity and their faith, may well end up being the more significant of the ructions that have recently struck the state.

While it may not have provoked the same soul-searching about western relations with the Gulf’s pre-eminent power as the much better publicised Khashoggi affair, this young woman’s bravery in lifting the veil on Saudi mores and customs has the potential for much greater societal – and hence long-term – change.

Has any country’s standing fallen so far and so fast as Saudi Arabia’s?

Just a little over three months ago, it had all looked so rosy for Mohammed bin Salman’s “reform agenda”. Feted by western leaders, the young Crown Prince appeared to be spearheading a long-overdue recognition that Saudi Arabia needed to evolve before it became irrelevant.

Agenda 2030 promised the overhaul of the energy-heavy Saudi economy. Better investments in skills and infrastructure were promised. Social reforms, such as allowing women to drive and the opening of cinemas, suggested a cracking open of religious conservatism.

And even long-time critics of the Saudi regime like myself will admit to having been impressed that the world’s largest exporter of radical Islam appeared to have finally understood that the pact made between the House of Saud and the Wahhabist clerical order contained the seeds of destruction for itself, as well as others.

This all came crashing down with brutal murder of journalist Jamal Khashoggi in the Saudi consulate in Istanbul.

Yet Khashoggi will not be the harbinger of change in Saudi Arabia. Despite all the western moral hand-wringing, relations with Saudi Arabia will not be frozen – for rather obvious trading, strategic, and intelligence reasons.

Business will continue as usual, even if the scales have fallen from the starry-eyed about the Saudi capacity for internally unforced change. The regime will survive this bump in the road, humiliating and revealing as it has rightly been.

Which is where Rahaf Mohammed comes in. Khashoggi is dead, and his attempt to hold the Saudi state to account for its actions died with him. While his death galvanised the masses to demand change, that change was directed at western governments which are unable to provide it.

Rahaf Mohammed, however, is very much alive.

Thanks to the power of social media, the woman who entered Thailand bereft is now safely in Canada and approaching 200,000 Twitter followers because of the #SaveRahaf campaign. She does not intend to stay quiet.

Her first media appearance contained harrowing details of the corporal punishment she claims to have faced at the hands of her family. Her view of women’s rights in Saudi Arabia is bleak: “we are treated as an object, like a slave”.

She feared that her renunciation of Islam meant that a forced repatriation to Saudi Arabia could only end brutally, and was preparing for the end of her life.

These details should not surprise us. Renouncing Islam – or apostasy – is a crime punishable by death in Saudi Arabia. And under the country’s guardianship system, women are considered such second-class citizens that the permission of a male relative must be sought for basic rights such as travelling outside the country, studying abroad on a government scholarship, or getting married.

Rahaf Mohammed has escaped from Saudi clutches, and will now be able to use the power of her online pulpit to inspire those still in the country clamouring for change.

The domestic women’s rights movement suffered a setback last year when large numbers of prominent activists were arrested in the Crown Prince’s crackdown on dissent of any sort.

It now has a new star who can re-galvanise support in the struggle for equality, and has already shown that it is possible to beat the regime.

Those of us sitting comfortably in the west should be under no illusions. Change in a wealthy, insular country like Saudi Arabia can only come from internal pressure for reform. Our role can merely be to assist the reformers in their battles, not win the war on their behalf – but assist them we must.

The release of the potential of its female population from the shackles they currently inhabit is Saudi Arabia’s real route to modernity and change. We should wish Rahaf Mohammed well in her journey – and support her in it.