The big problem with political advertising on social media 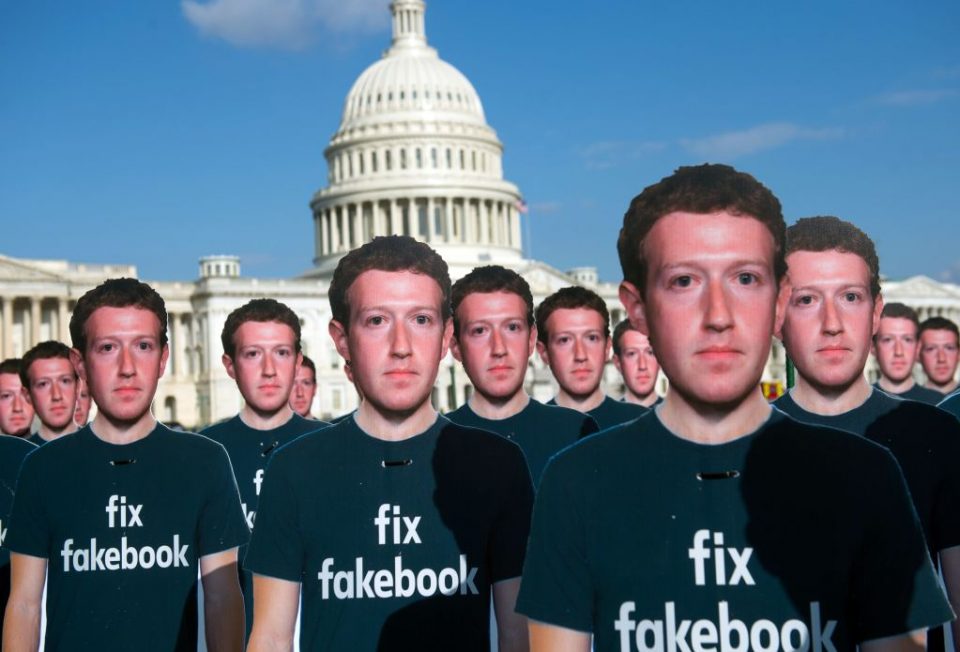 With the upcoming UK General Election, the primaries for the Democratic presidential nominee in the US, and the race for the White House next year, politics is once again centre stage.

Candidates on both sides of the Atlantic will be turning once more to political advertising to win over voters – and one area of marketing that has come into focus like never before is the role of such ads on social media.

Politicians have always relied on advertising to spread their message and connect with voters. And social media offers extra advantages, such as the ability to engage with voters directly.

But the data that these platforms collect from users has led to the rise of microtargeting, whereby voters can be segmented based on their preferences, demographics, or even location.

This means that messages can be tailored for incredibly specific audiences, and gives politicians the ability to reach voters in a way that is unmatched by other marketing channels. And there is currently very little regulation around microtargeting.

There is also the risk that, due to the lack of transparency as to who pays for political ads on social media, voters could be misled by messages containing false information or outright lies.

The debate over what impact microtargeting and fake news have on politics has been raging since the Cambridge Analytica scandal and the 2016 US presidential election. But it has come into sharper focus now because finally the social media platforms themselves are getting involved.

First, in September, Facebook’s head of global affairs and communications (and former Liberal Democrat leader) Nick Clegg clarified the company’s policy that it would not fact-check ads or statements from politicians on its platform. Clegg argued that it wasn’t Facebook’s place to police free speech or political debate. Instead, he compared Facebook to a tennis court — it is Facebook’s job to keep the court in order, but not to “pick up a racket and start playing”.

The announcement drew plenty of criticism from activists for electoral accountability, but also from marketers themselves. Nicola Kemp, managing editor of ad agency Creativebrief’s editorial platform Bite, says that Facebook needs to face its responsibilities.

“Paid-for political advertising does not constitute free speech. It has been three years since the Cambridge Analytica scandal, yet Facebook is yet to step up and address this issue in any meaningful way,” she told City A.M.

“Tennis has standards, rules, and umpires — in contrast, Facebook’s approach has a reckless disregard for the rules of fair play or democracy.”

The other major incident came at the end of October, when Twitter’s co-founder and chief executive Jack Dorsey took the opposite approach, announcing plans to ban political advertising on the platform.

“Internet advertising is incredibly powerful and very effective for commercial advertisers. That power brings significant risks to politics, where it can be used to influence votes to affect the lives of millions,” Dorsey said. “It’s not credible for us to say: ‘We’re working hard to stop people from gaming our systems to spread misleading info, but if someone pays us to target and force people to see their political ad, well, they can say whatever they want.’”

Twitter’s new stance hasn’t officially been set — the full rules will be released on 15 November — but Dorsey initially received praise. He was seen as taking the higher ethical ground on the issue, in contrast to Facebook’s laissez-faire approach.

The decision was also welcomed by the UK ad industry’s professional body, the Institute of Practitioners in Advertising (IPA).

“Dorsey’s statement specifically references the dangers to civic discourse presented by political microtargeting and unchecked misleading information,” said Paul Bainsfair, director general of the IPA, in a press release. “This is something we have repeatedly highlighted and lobbied government to address, and is the reason behind our repeated call for a ban on online political microtargeted advertising.”

However, not everyone is happy.

Many, including US Senate Republican leader Mitch McConnell, argued that the ban would undermine free speech, favouring political incumbents and bigger parties. Dorsey responded by pointing out that social movements have achieved massive scale on the platform without advertising.

“This isn’t about free expression. This is about paying for reach,” he added. “Paying to increase the reach of political speech has significant ramifications that today’s democratic infrastructure may not be prepared to handle.”

Others pointed out that Twitter doesn’t actually make much money from political advertising anyway — the company only earned $3m from it during the 2018 US midterms, against total revenue of $3bn for the year. So Twitter isn’t sacrificing much with this ban. Critics also argued that Twitter isn’t even that useful for campaigning, as only a fraction of the electorate actually spend much time engaging there, compared to the wider public.

But the biggest criticism is that Twitter has gone too far, banning ads not just for candidates, but for political issues. Democratic presidential candidate Elizabeth Warren argued that this means organisations fighting climate change cannot buy ads, while companies producing emissions from fossil fuels could still promote themselves.

Clearly, while Facebook’s hands-off approach is problematic, Twitter’s total ban may not be the answer either.

Regardless, the decision may soon be taken out of their hands, as governments are considering new regulations for political advertising. Vera Jourova, the EU commissioner for justice, consumers and gender equality, told CNBC last week that lawmakers in Brussels will introduce rules for more transparency in political campaigning “so that people know who is behind the campaigning, who pays for it, and what are the interests”.

Political ads have existed since the first elections thousands of years ago. And their more modern equivalents do enable candidates to reach a wider audience and connect with voters in a targeted, meaningful way, as well as allowing niche politicians or movements to gain traction ­— look at Rory Stewart, who has gained a large following thanks to his authentic, quirky approach to social media.

But that power can easily be abused, with new technologies like microtargeting which have vast power matched by relatively little transparency. More regulation from governments might be part of the answer, but that is unlikely to arrive anytime soon — especially with the UK already in election campaign mode. Be careful what you read.