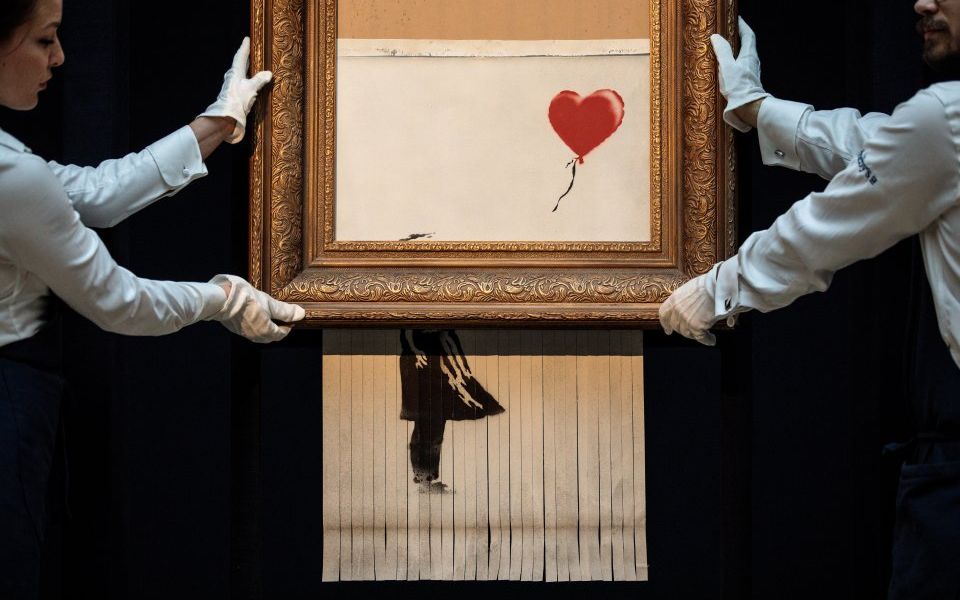 The art world was captivated earlier this month when a painting by Banksy was partially shredded at an auction. Now, however, it seems that the infamous stunt was not one that went according to plan.

A new video released today reveals that Banksy’s intentions had been to destroy the entire artwork, known as Girl with Balloon, after it was sold under the hammer at a Sotheby’s sale for £1m.

While the bottom half of the canvas was left in tatters after going through the shredder, the red balloon in the upper half remained unscathed.

But in a clip entitled Shred the love, the Director’s Cut, the secretive artist said that the shredding had worked “every time” in rehearsals, alongside footage of an identical-looking artwork being shredded from top to bottom.

The suggestion that Banksy had planned to cut up the entire artwork comes after Alex Branczik, Sotheby's head of contemporary art in Europe, reiterated in a new interview that the auction house had no prior knowledge of the prank.

The European buyer has said she intends to keep the artwork as her "own piece of art history".