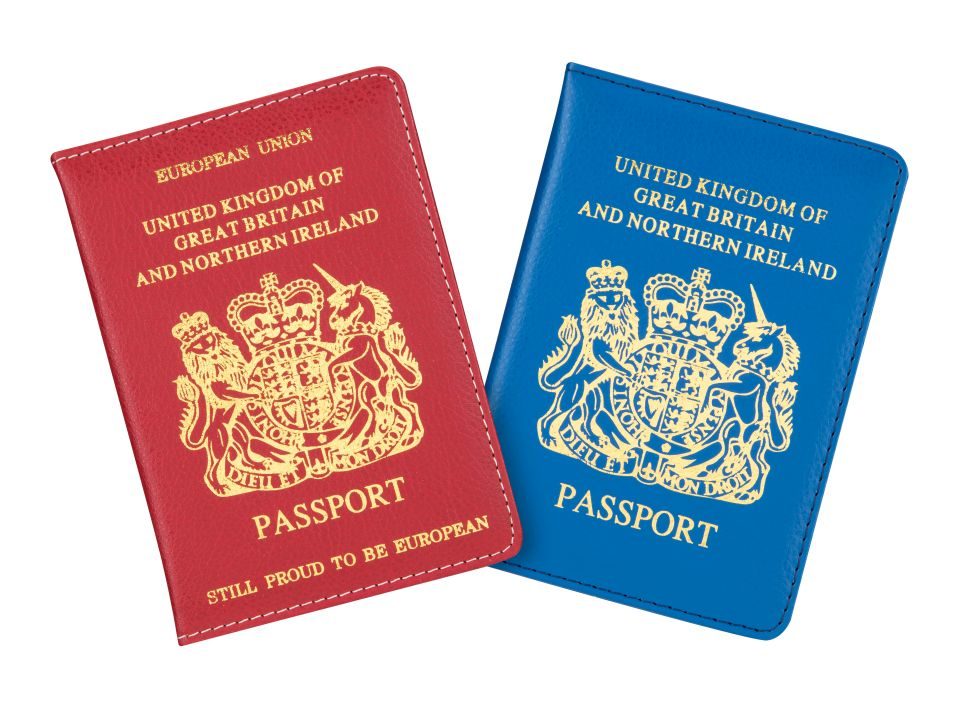 There is no love lost between Leavers and Remainers over Brexit, but the two sides could come to blows in the aisles of Poundland as the retailer releases red and blue passport covers.

The Brexit-inspired passport covers mean fierce Brexiters or lamenting Remainers can cling to the preferred colour of their choice even after blue passports return to Britain from October.

Read more: May to give parliament a vote on no-deal Brexit

Poundland’s burgundy red cover for Remainers reflects the current EU-designated colour of UK passports, and is emblazoned with the message “Still proud to be European”.

The blue passport cover will appeal to Leavers who can’t wait for the UK’s old blue passports to return later this year after a 31-year absence, with the cover clearly labelled to say “Great Britain and Northern Ireland only”.

“Whether you’re a Europhile or a Europhobe, Poundland’s got you covered,” Mark Pym, Poundland’s marketing controller, said.

The budget retailer expects sales figures of the two covers to reflect current sentiment towards Brexit as the UK hurtles towards the 29 March leaving date without an exit deal in place.

Prime Minister Theresa May yesterday raised the possibility of a Brexit delay beyond the end of March – but only if parliament rejects both her deal and the prospect of no deal in key votes in the middle of next month.

But she warned: “An extension beyond the end of June would mean the UK takes part in the EU elections.

“What kind of message would that send to the 17m people who voted to leave the EU nearly three years ago?”

Poundland’s passport covers are part of a new travel range for Brits preparing for a post-Brexit getaway, with flip-flops, sunscreen and other travel essentials now available in stores.

If the UK leaves without a deal, holidaymakers hoping for a jaunt to Europe shouldn’t be put off, as the EU has committed to offering Brits visa-free travel even in a no-deal Brexit scenario.