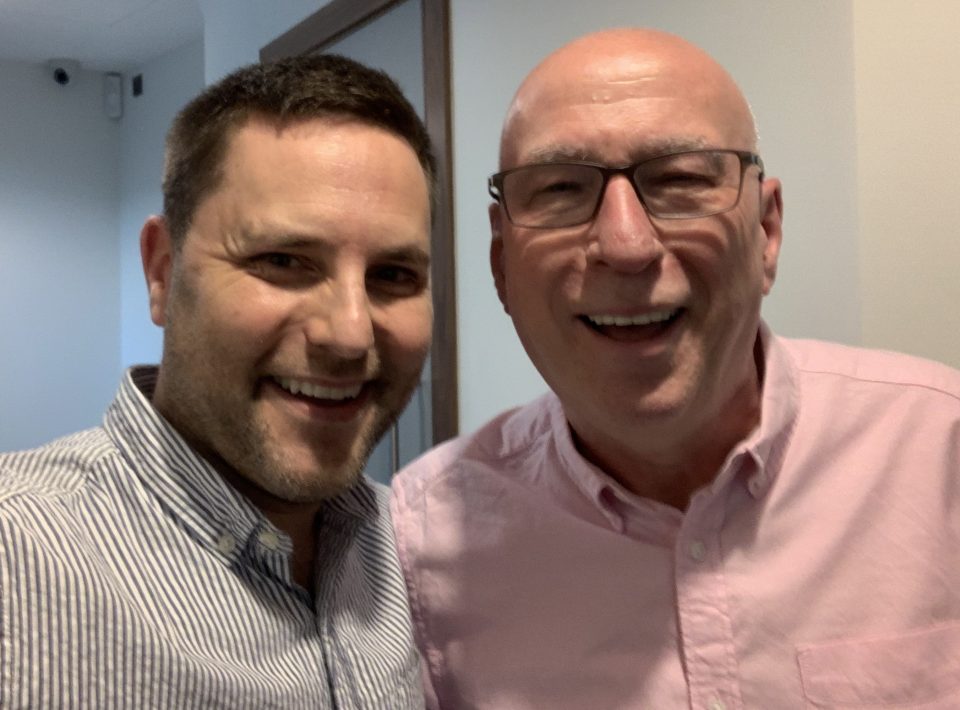 As some of you will know, I host a podcast called Media Masters. It really does what it says on the tin, speaking to people who’ve conquered the media world about how they got where they are and what drives them. I feel guilty sometimes, as it never actually feels like work. I’ve had the opportunity to meet some fascinating and inspiring people – some of whom I’ve wanted to get on the show for ages, while others are newer to me. Recently, I had the opportunity to meet and talk to a broadcasting veteran: Ken Bruce.

Ken is a mainstay of BBC radio. He joined the corporation in Scotland in 1978, and his carefully modulated Glasgow tones have been on the airwaves for 40 years. For almost all that time, Radio 2 has been his spiritual home, though he paddled in the calmer waters of Radio Scotland in his early career, and he is also associated strongly with radio coverage of the Eurovision Song Contest.

Ken is one of my favourite broadcasters, and with nine million listeners tuning in daily, I’m not the only one who feels that way. He’s become simply part of daily life, a part of the ‘audible furniture’, as he puts it. But it’s more than that. It’s the value of longevity. Radio is very different from television. To begin with, radio shows tend to be much longer than their TV equivalents. Ken’s mid-morning show is two and a half hours, a prospect which would have some presenters screaming with fright and sprinting for the exit. How do you sustain interest and attention for that long? How do you make sure listeners don’t switch over? Do you have enough material? Are you playing the right songs, saying the right things?

Of course, this comes with experience, and if you’re doing your job right then you never stop learning. A veteran broadcaster, who shall remain nameless, once said to me that the day he stopped learning about his job would be the day he knew it was time to retire. Humility is crucial, and all the great broadcast stars have it. Terry Wogan had it, as did John Peel. My friend Rhod Sharp has it in spades. Not only does it allow you to add new skills to your toolbox, it keeps you fresh, and sharp. Ken won’t mind me saying he’s in his late 60s now, but there’s no sense of fatigue about his show.

This, of course, is a criticism levelled at some stations, and at the BBC in particular. Where is the new talent, the edgy additions to a comfortable roster? Well, just be careful what you wish for. Every major broadcaster needs to develop talent, of course it does, just as every successful presenter has an allotted span. The best an anchor can hope for is that he or she knows when it’s time to edge gracefully from the stage and remain fondly remembered – but as Ken joked during the recording, when that day comes for him he’ll be on the roof of Broadcasting House with no clothes on yelling, “Never!”

Joking aside, it would be a mistake to undervalue experience: the ability of a veteran to rifle through the mental Rolodex when things go wrong, looking for a solution from long ago, or to come up with a fact or nugget of information that can add grit to a conversation is worth its weight in gold.

To listen to my Media Masters interview with Ken Bruce, click here