Polls put Conservatives in line for a comfortable election victory 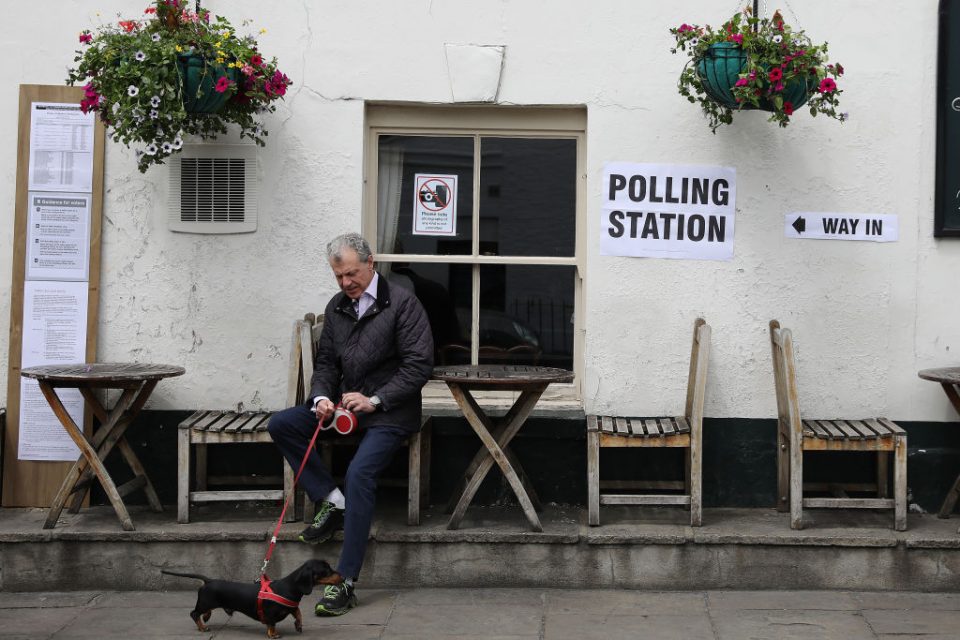 An aggregate of recent polling predicts the Conservatives will have a comfortable victory over Labour as parties begin to get on election footing for December.

An average of major polls in October has the Tories with 35.69 per cent of the vote, according to City A.M.‘s own analysis.

Read more: When will we have a UK general election?

The most recent poll for Yougov taken over 24 and 25 October puts the Conservative party on 36 per cent, Labour on 23 per cent, the Liberal Democrats on 18 per cent and the Brexit Party in fourth place on 12 per cent.

However, it is unknown if this will be enough to secure a majority in parliament as there is no seat-by-seat breakdown.

In an average of major polling over the past six weeks, Johnson leads Corbyn by 38.90 per cent to 18.40 per cent.

However, an average of polling also showed 35.55 per cent preferred neither as Prime Minister.

Adam McDonnell, political research at Yougov, said the Conservatives were in a strong position going into a December election.

“Since Boris Johnson became Prime Minister, they have successfully swept up majority support from leave voters while Labour and the Liberal Democrats continue to split the remain vote,” he said.

“However, we are living in politically volatile times and Johnson will be all too aware that maintaining his strong position is far from guaranteed.

If the 2017 general election has taught us anything, it is that everything can change.”

Read more: Labour to back prime minister’s call for a December election

A vote will take place later today on Johnson’s bill to have an election on 12 December.

Corbyn came out today to say the party will back a snap poll, but it is unclear whether he will support the government’s bill or one tabled by the Liberal Democrats calling for a 9 December election.