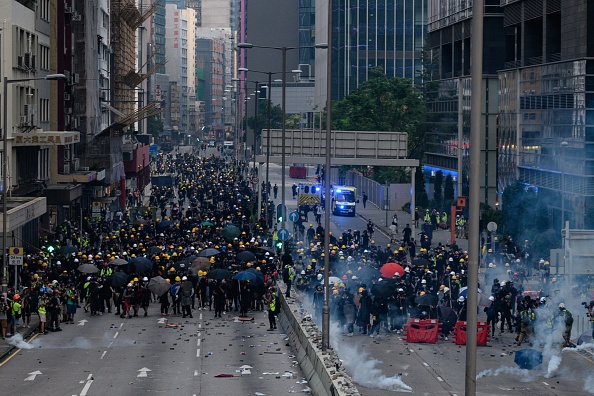 Police have fired water canon and tear gas at pro-democracy protesters in Hong Kong as tensions continue to escalate.

Reuters reported that protesters were using bricks and petrol bombs against the authorities.

The city’s MTR metro service has been suspended in some areas to prevent large gatherings of people, Reuters reported.

The protests, which are now running into their twelfth week, began when the Hong Kong government proposed a bill that would have allowed extraditions to mainland China.

Protesters fear it could be used to target political dissidents, and they believe it represents an undermining of the “one country, two systems” principle that allows Hong Kong to enjoy fundamental freedoms that are not seen in mainland China.