The Metropolitan Police today said they had brought charges for “various offences” including blocking roads and obstructing police, as widespread protests continue this week.

Activists have today gathered in Parliament Square to coincide with MPs returning from their Easter break, to invite politicians to adopt more serious climate change policies. Police said then had put a “robust” plan in place, and protesters must leave the square by midnight.

Making #ExtinctionRebellion demands clear in Parliament Square. Are you listening @HouseofCommons? Soon it won't be about whether you're on the right or wrong side of history, just whether humanity and all other species are confined to history, without a future at all. #ActNow pic.twitter.com/xB5UrNCdvg

Demonstrations started earlier this month, and included protesters occupying Waterloo Bridge, Marble Arch and Oxford Street in a bid to raise awareness about global environmental breakdown from factors such as carbon emissions.

They have led to more than 1,000 arrests in more than a week of protests.

Of the 71 charged today, the oldest person was 72, while the youngest was 19. The vast majority of will appear in court between 14 May and 31 May, police said.

The 16-year-old Nobel Peace Prize nominee said: “We just want people to listen to the science.” She is due to speak in Portcullis House at 2pm this afternoon. 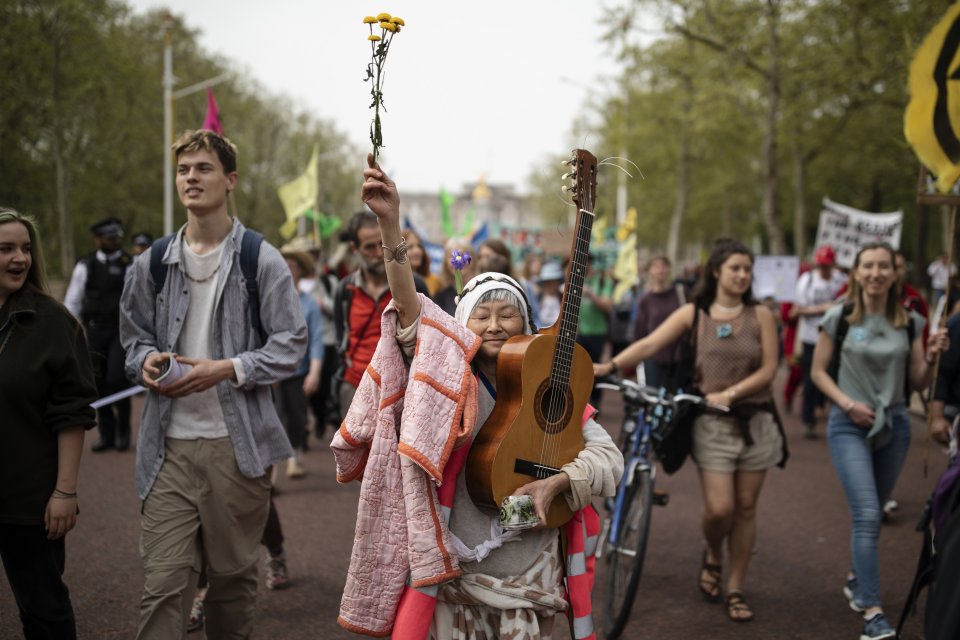 Yesterday around 100 protesters took part in a “die-in” at the Natural History Museum, lying down under the blue whale while daubed in red face paint and robes.

Extinction Rebellion has demanded that the government declare a climate emergency and commit to fully de-carbonising the UK economy by 2025.