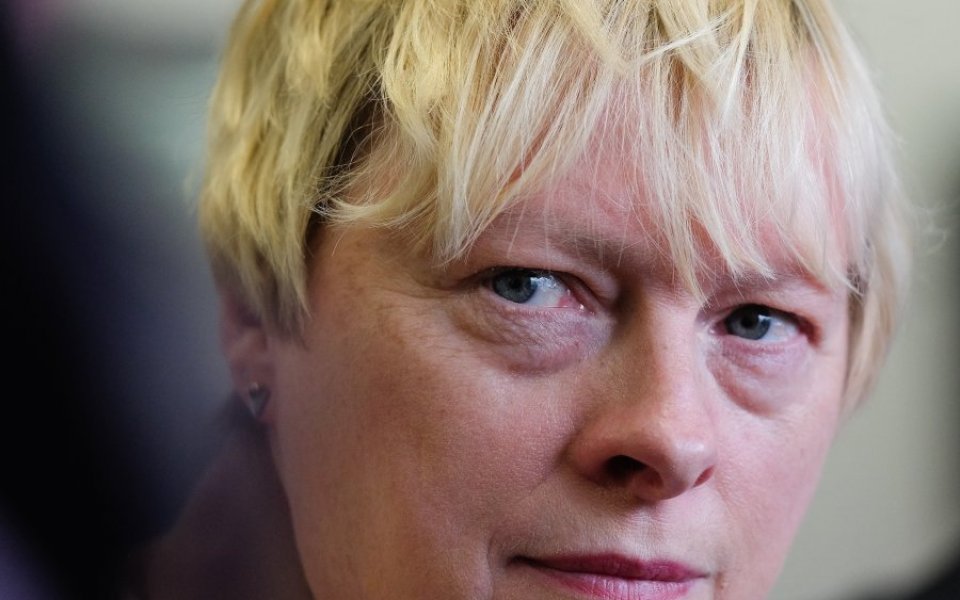 The shadow business secretary, who also holds the title of shadow first secretary of state, took a swipe at the government's renegotiation efforts with Europe when she stood in for Corbyn.

"How's it all going?" Eagle asked Osborne, who took questions in the place of Prime Minister David Cameron, who is holding bilateral talks in Romania and Poland today.

"The good news is we have a party leader who is respected abroad," Osborne quipped, before defending the government's reform efforts.

Eagle then went onto to question the loyalty of Conservative backbenchers, quoting Eurosceptic Tories who have criticised Cameron's reform efforts in recent days – including Richmond Park MP and London mayoral candidate Zac Goldsmith, who said yesterday that the renegotiations so far were "not all that impressive".

In a reference to Corbyn's preferred PMQ strategy of reading letters from constituents, she told the chamber she "had a letter from Donald of Brussels".

Referring to the letter European Council President Donald Tusk sent European heads of state and government on Monday, Eagle said: "He says uncertainty about Britain's future in the EU is a destablising future. He's right, isn't he?"

And she attacked Osborne over his apparent ambitions to succeed Cameron as leader of the Conservative party, saying, "Isn't it time that he focused on the national interest rather than his own interest?"

But it wasn't all one-sided: Osborne managed to get a few swipes of his own in, including quoting another letter from "Tony" – a reference to former Labour leader Tony Blair, who wrote in the Spectator today that the Labour party's current position is a "tragedy".