Pie in the sky? London urged to plan for flying taxi future 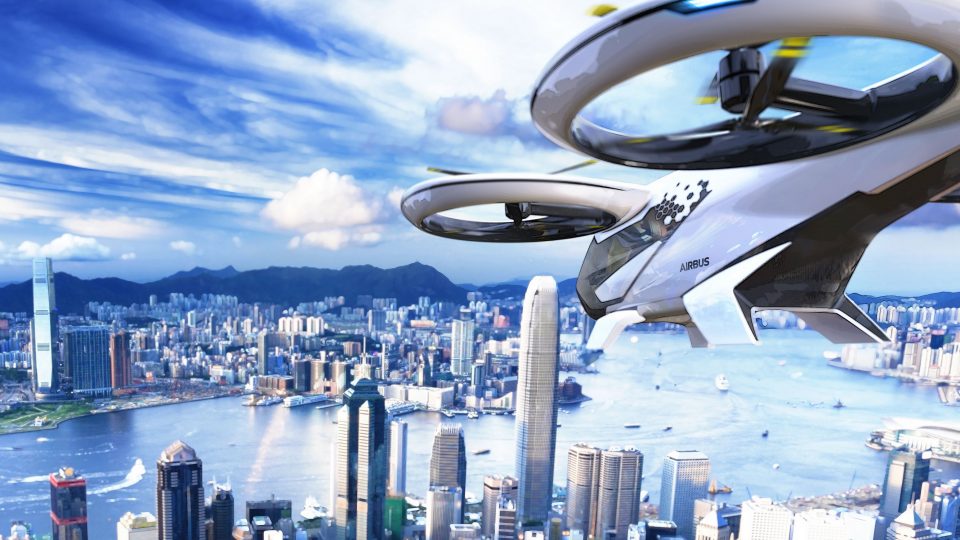 Airbus will tomorrow urge London authorities to plan for a future in which electric air taxis roam the skies and drones carry cargo a few thousand feet above the city.

The aviation juggernaut has already built a prototype air taxi, as have arch rivals Boeing, Uber and several other manufacturers. Airbus will urge city planners not to fall behind in building transport systems to accommodate London’s fast-swelling population.

Read more: It’s lift off for Uber’s flying cars with a major hire from Nasa

Operational and research drone-based services are already running in 64 cities around the world, and Morgan Stanley has predicted the air taxi market will be worth $1.5 trillion per year by 2040, with passenger traffic making up $851bn of that.

Furthermore, Airbus already has an agreement with Parisian authorities to bring them to the French capital as soon as 2024, when it hosts the Olympic Games. And it is “not a concept that’s too far-fetched” for London either, according to Airbus’ unmanned aerial mobility head Harini Kulatunga, who will address the inaugural Global Urban Air Summit in Farnborough tomorrow .

“If you look at geography and demographics, our prediction is that by 2030, 60 per cent of the world’s population will migrate towards urban hubs, and London will expand. And as London expands, they will need to consider how their transport network will expand and still have a minimum impact on the environment and congestion.”

Airbus has held early-stage talks on the matter with local authorities in the UK including policy officials at the Greater London Authority (GLA), but plans in London are nascent at best, she said.

She told City A.M: “The challenges for the city would be what are the routes, and other challenges … like noise. We might have to do trials to understand how noise impacts a city like this. Also electrification: how do we provide the charging infrastructure?”

Another hurdle would be public acceptance, she added, as well as regulation. Britain would need to decide whether the Civil Aviation Authority would control urban airspace or whether that would fall to local authorities.

The company has also trialled a taxi service from airport-to-city centre in Sao Paolo and Mexico City using helicopters, and found that the demand was there.

“The problem we are solving is that for a trip that [normally] takes two hours from the airport to the city centre, you can do it within 10 minutes by using an air vehicle, and at the cost of maybe three times the taxi fare.”