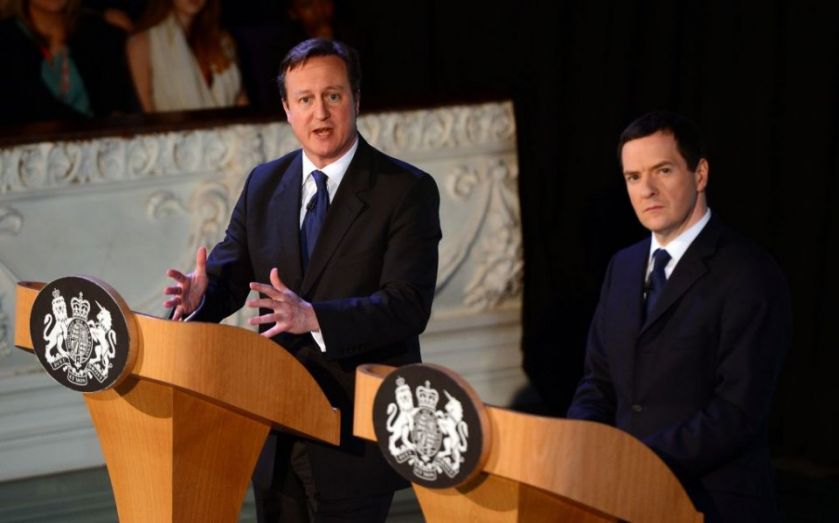 If you have been following the election campaign so far, you will have heard all the main parties sign up to cutting the deficit. We have been assured over and over that there are plans to tackle and tame the deficit monster. There have been long-term plans, costed plans, credible plans, sensible plans, and fair plans – one for each day of the working week.

As the Institute for Fiscal Studies has reported, we are still in the dark about the detail of those plans, but we know each of the main parties agrees that action is needed. The latest public sector finance figures show they are right – even though the deficit has fallen, we still have a mountain to conquer.

While the intention to act is to be applauded, the plans we have been offered during the campaign all miss a key element. We have seen no compelling vision for growth.

Any future government faces a difficult and complicated challenge in balancing the books. This makes it all the more worrying that the parties are failing to address the issue in a comprehensive and strategic way.

We hear about the prospective cuts and tax rises, but no discussion of the impact faster economic growth could have on cutting the deficit. As a result, it appears our politicians are taking on the fight with one arm tied behind their back.

Eliminating the deficit is a balancing act. There needs to be a sensible tax regime and restraint in public spending but, crucially, we also need sustained and robust economic growth. Strong business growth has to be at the centre of any credible plan to fix the deficit. To deliver that, we need to support business investment and free companies from unnecessary burdens and regulation.

When businesses grow, it is good for entrepreneurs and employees alike – but it also delivers the tax revenues needed to fund the public services that we want, to reduce the deficit, and to ultimately pay down our national debt.

We hear snippets about stimulating growth and some interesting ideas. But across the board, the approach has been piecemeal, tactical and incomplete.

The next government – whatever its make-up – has to overcome this timidity and be unapologetic about its pro-growth credentials. We need to rebalance our economy away from consumer spending and kick-start a revolution in international trade.

The least painful way to cut the deficit – unleashing the economic growth potential of our nation – has not featured prominently in this election campaign. Instead of an ambitious, far-sighted agenda to promote growth, we are left with a rhetorical battle over cuts and tax rises.

We need to see bold ambition and a clear plan to achieve it. If our politicians are struggling, let me help. The British Chambers of Commerce Manifesto sets an ambitious vision that, by the end of the next Parliament, the UK will have the fastest growing economy in the G7, the lowest business taxes and charges in the G20, and be ranked as the most competitive country in Europe in which to do business.

If we achieve those targets, then we know Britain can pay its way in the world for decades to come.