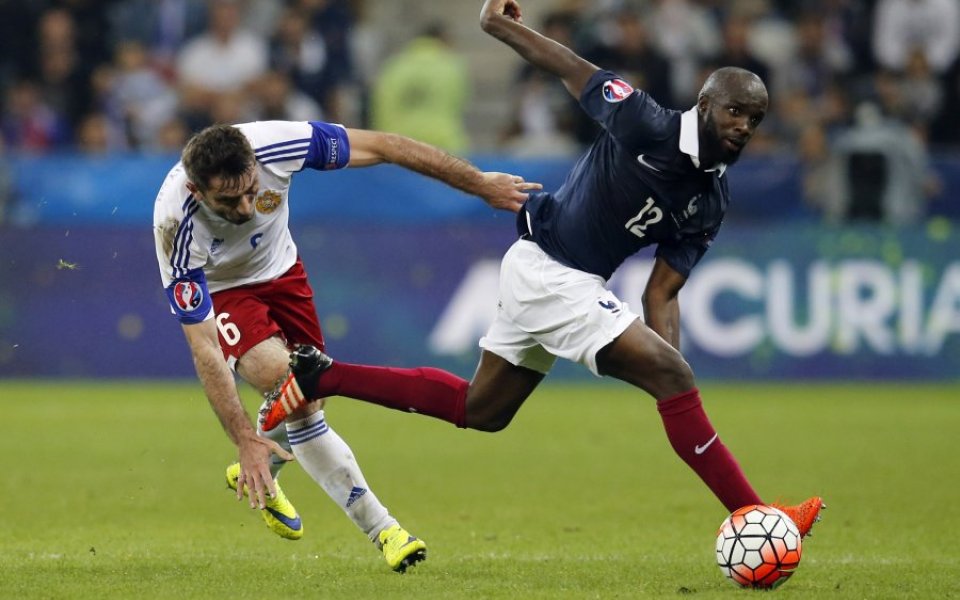 France have confirmed that they are bringing a full-strength squad to England for Tuesday's friendly at Wembley, despite some players being profoundly affected by the terror attacks in Paris on Friday.

Former Chelsea and Arsenal midfielder Lassana Diarra’s cousin was among the 129 killed, while forward Antoine Griezmann’s sister was caught up in – but managed to flee – a massacre at the Bataclan theatre.

Didier Deschamps’s team were all touched by the atrocities, with everyone at the Stade de France able to hear suicide bombs being detonated just outside the arena, where Les Bleus were beating Germany 2-0.

Deschamps gave all 23 players the option of skipping the trip across the Channel, but French football chiefs on Sunday announced that none had taken up the option.

France, too, passed up an offer from the Football Association to cancel the fixture, which represents one of the last few games either team will play before next summer’s European Championships – to be held in France.

Wembley’s distinctive arch is to be lit red, white and blue – the colours of the French flag – for the game, in solidarity with the visitors.

Home fans are also set to be encouraged to join in with the French national anthem, with the words to Le Marseillaise to be displayed on the stadium’s big screens.

All supporters are being asked to allow extra time to travel to Wembley and take their seats, as additional safety checks are planned in light of the Paris attacks, in which a further 352 were wounded.

Euro 2016 organisers have insisted there is no chance of the tournament being cancelled or moved to another country, despite terrorists targeting Paris for the second time this year.

“Wondering whether Euro 2016 must be cancelled is playing the game of the terrorists. The risk went up one level in January, it has just gone higher,” said organiser Jacques Lambert.

“We will take the necessary decisions for Euro 2016 to take place in the best safety conditions. Security in stadiums works well, the risk is more in the streets, in spontaneous gatherings.”

Much-travelled Diarra, 30, spent two years at Chelsea and half a season at London rivals Arsenal before leaving in 2008 for spells at Portsmouth, Real Madrid, Anzhi Makachkala, Lokomotiv Moscow and now Marseille.

He confirmed on Saturday that his cousin Asta Diakite, who he called “like a big sister to me”, had been among those shot on Friday evening.

Atletico Madrid’s Griezmann, 24, revealed that his sister had successfully escaped a rock concert at the Bataclan theatre where 89 people were indiscriminately gunned down.

France and Germany players were forced to stay at the Stade de France overnight following the match due to security fears. Three suicide bombers triggered blasts outside the stadium.