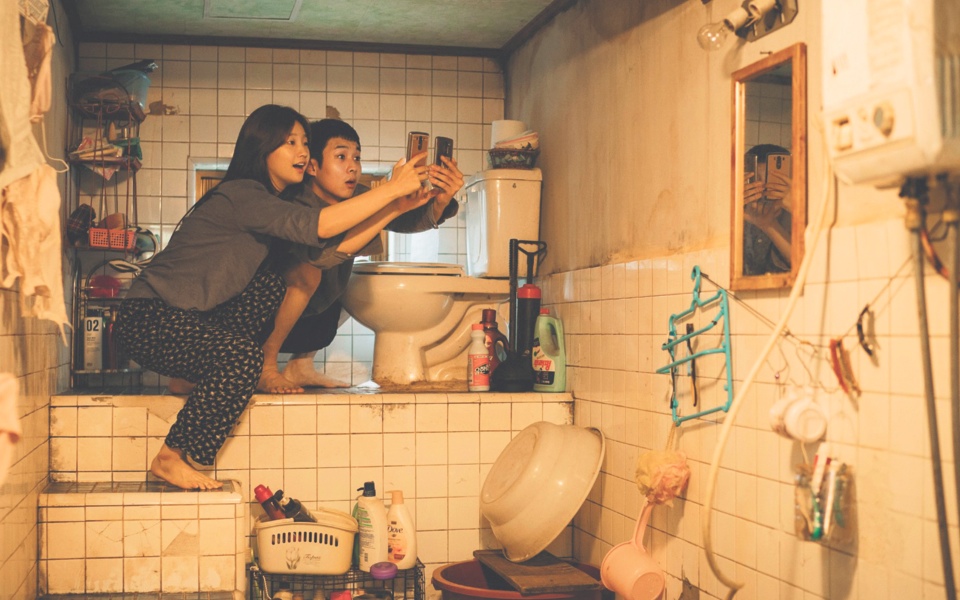 Over the last 90 years, the Academy has deigned to nominate just 10 foreign language films for the Best Picture gong, with none of them walking away with the gold statue.

There’s an 11th in the running this year: Bong Joon Ho’s superlative Parasite. The director, whose oeuvre spans both Korean- (The Host, Mother) and English-language movies (Okja, Snowpiercer), gently berated American audiences, saying: “Once you overcome the one-inch tall barrier of subtitles, you will be introduced to so many more amazing films”.

Parasite is indisputably one of those ‘amazing films’, a work so urgent, so perfectly encapsulating the here-and-now, that it’s like being turned upside-down and given a good shake.

It tells the story of the poor, basement-dwelling Kim family who insinuate themselves into the lives of the dim but wealthy Parks (almost everybody in South Korea is a Kim or a Park). The scam takes shape when the Kims’ bright young son Ki-woo chances upon a job as a language tutor for the Parks’ teenage daughter. He recommends his sister as an ‘art therapist’ for their delinquent son, claiming she’s a distant, renowned acquaintance, and soon his parents are in on the game, too, working as the family driver and housemaid.

The moral heart of the movie – part family melodrama, part surreal comedy, part social commentary – is an examination of who, exactly, is the parasite: the poverty-stricken family who lay their eggs, cuckoo-like, in this fancy nest, or the rich one that reaps the benefits of their labour while living a life of coddled luxury.

Actually, it’s pretty clear what Bong thinks: his film is an overt reaction to the growing class divide in his home country – and the wider world – and there’s a gleeful ‘eat the rich’ sensibility to the whole thing. The contrasting domestic situations of the two families couldn’t be more stark, one living in a crumbling, underground hovel – literally as well as metaphorically below – where the toilet occasionally explodes gruesome spurts of brown fluid, the other in the kind of polished, modernist haven most of us only see in glossy magazines. It’s like Jacques Tati’s Mon Oncle, if Mon Oncle had a closet full of terrible secrets.

There are a knot of twists on the way to Bong’s empathic conclusion, looking at the ways the poor are made to fight amongst themselves for whatever scraps they can find, and the way nobody really cares until a wealthy family is dragged into the squalor.

But don’t go in expecting an anti-capitalist polemic – it’s a wildly entertaining ride, one that’s well worth overcoming that one-inch barrier.