This German-born entrepreneur was just 23 when he launched what became Europe’s largest marketplace for gaming goods, where players could trade virtual products.

After selling that company just nine months later, he moved to London and started a fast-fashion website called Stylistpick, collaborating with stylists and celebs like Cheryl Cole and the Olsen twins to create clothing collections. Again, Leuschner decided to exit, selling the business to Hallett Retail back in 2013.

But it’s actually Leuschner’s newest company that we’re here to talk about. Think Netflix, but for cars – Drover is a car subscription service, with all the awkward extras like insurance, breakdown cover, road tax, and maintenance costs included in the price.

You pay a monthly fee ranging between £165 and £2,235 depending on what make and model car you want, and how long you want it for. More than 1,000 models are listed on the site – so yes, you could cruise around in a sexy BMW for a month without breaking the bank.

The clincher is the flexibility – you only have to give seven days notice to cancel, setting it apart from expensive finance deals which tie you in for years. 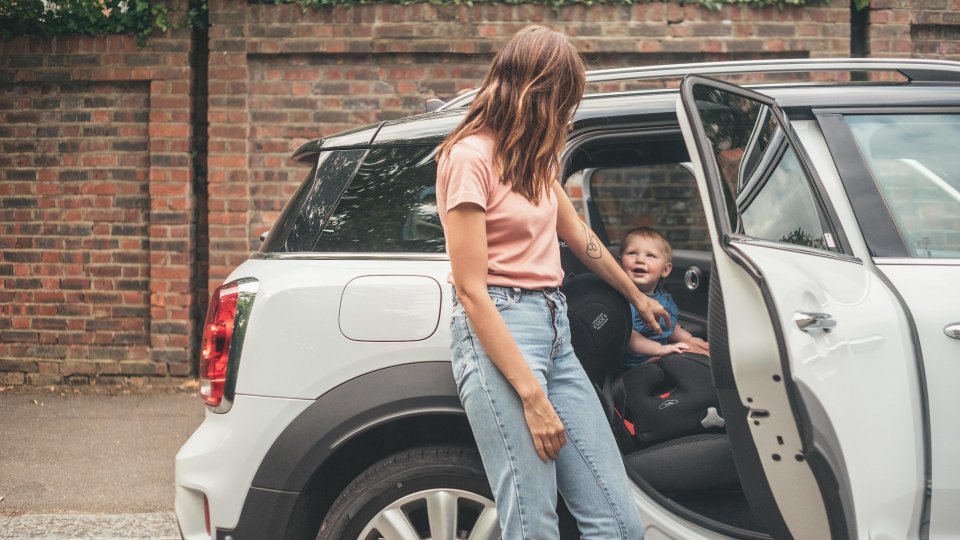 No car for concern

According to recent figures from Kwik Fit, the average UK motorist spends £162 each month to keep their car on the road. This goes up to £388 a month for those on finance.

And excluding capital mortgage payments, transport (which comprises both car costs and train fares) is the highest household spending category in the UK, according to the Office for National Statistics.

Owning a car is clearly a heavy cost burden to bear. But Drover gives people another option, so they can hire a car as and when they need it.

You can see the appeal for people who live in cities like London where transport links are good, but who own a car on the off-chance they might need it. As Leuschner says: “There are points in life where you need a car, and other times when you don’t. We think we are offering a better way to own them.”

Ultimately he hopes that his company will create a new ownership category – one that sits between buying a car outright and signing up to a multi-year finance deal.

While elegant apps like Uber, Deliveroo, Spotify, and Airbnb have shaken up their separate sectors and made our lives much easier in the process, the car industry hasn’t kept up.

In fact, the ordeal of travelling to dealerships, test-driving, and negotiating a price has remained the same for half a century. Even buying insurance and breakdown cover can be an arduous, clunky process. “It’s a totally broken user experience, which is completely at odds with the size of the car market,” says Leuschner.

Drover was created due to his own personal frustration with the process. The whole purpose of this company is to give customers a smoother ride – an impressive feat given the complexities of both the car and insurance industries.

Signing up is simple: you upload an image of your driving licence, and answer five questions about your insurance history. The company also runs general affordability checks in the background too, approving around 70 per cent of applicants (sorry to anyone under the age of 22).

It’s even easier once you’re registered. Leuschner tells me that, with a tap on your smartphone, you can subscribe to a vehicle, and have it delivered whenever you want. “You don’t need to talk to anyone or negotiate. And there’s no paperwork – everything happens online.”

While a subscription economy gives us freedom, it also marks the end of ownership as we know it, leaving an entire generation renting homes and cars for the rest of their lives. But with no security, we enter dangerous territory when costs start to increase.

With around 85 per cent of cars now sold on finance, concerns about the affordability of these loans have become particularly prominent. When I mention this issue to Leuschner, he points out that most finance deals typically include a 20 per cent down payment, long-term agreements, hidden terms, interest rates, and penalties if you want to get out early.

“But for us, we are flexible – we allow people to cancel, so they are not locked in,” he says. “You can get an expensive car if you want, but it’s not a loan. We offer an alternative – negating the risk of being locked into a long-term finance product that you can’t really afford.”

The car industry is certainly a beast to be reckoned with, and perhaps one of the reasons why it’s been slow to change is because it has remained profitable for a long time.

“There’s been massive amounts of innovation when it comes to the production of cars, and not much focus on the user experience,” Leuschner says. “But that is now changing – driven by new entrants, rather than the incumbents.”

Drover is actually helping the car industry too, because the company operates using a marketplace model, meaning it doesn’t own the cars itself, but helps dealers rent their cars to consumers through the platform (Drover takes a 15 per cent cut of every transaction).

It works with professional businesses like rental car companies and dealer groups – or what Leuschner refers to as “fleet partners”.

He points out that dealers have hundreds of cars that are not being used – and, of course, these vehicles are depreciating in value every day. “I guess that was part of the rationale: why not build something for these companies, so that – when they have excess stock – they can list it on our site, without cannibalising their existing business or sales?”

And it works both ways, because it also allows customers to try out the vehicle and the dealer brand.

Leuschner calls Drover’s model more “evolution than revolution”. Yet when it comes to car ownership, the company is already driving change.