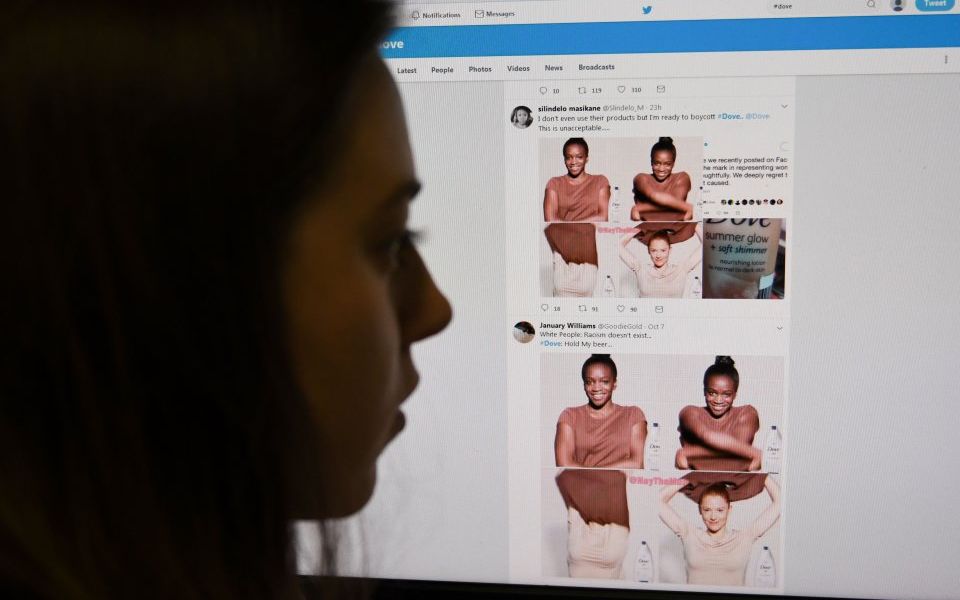 Warning: this article may make you angry.

We know that advertising is all about evoking an emotion to make consumers feel a certain way about a product. You may think that making people happy or excited is the best way to make them buy, but marketers are realising that the most powerful tool at their disposal is something completely different: outrage.

Sparking outrage may seem counter-intuitive when trying to sell or promote a product, but to paraphrase Oscar Wilde, the only thing worse than being talked about is not being talked about. And outrage gets people talking, or at least noticing.

“Studies tell us that 84 per cent of advertising is not noticed,” says Will Hanmer-Lloyd, head of behavioural planning at Total Media.

Read more: Did marketers bring it home during the World Cup

“One thing you can say about advertising which causes outrage is that it usually gets noticed. It can earn a lot of media value, as people share the advertising across social media. Whether people applaud or condemn the ad, it’s still reaching a wider audience.”

Obviously, content that taps into our emotions is more effective than blandness. And, of all our emotions, anger is the most effective at getting content shared. A 2009 study by the University of Pennsylvania found that content which evoked anger was 34 per cent more likely to be shared, compared to that which was awe-inspiring (30 per cent) or anxiety-inducing (21 per cent). Content that made people sad was 16 per cent less likely to go viral.

Anger is a “high-arousal” emotion – it agitates us into doing something, such as leaving an angry comment online. Positive content leads to consensus (no one argues over pictures of cute cats), but anger provokes arguments and disagreements. Visible arguments, like ones on social media, draw in bystanders as people argue opposing views. This creates an “outrage cycle” – people share the thing they’re annoyed about, leading others to see it, and then sharing their annoyance with yet more people.

For marketers, if provoking outrage creates the most engagement – which is crucial online, because customers who are more engaged with a website are exposed to more ads – then anger becomes the most profitable emotion.

There are many reasons why someone might feel outrage because of an ad, especially if it contains content designed to offend a person’s values, target something they hold sacred, or seem like a personal attack on an identity. And there’s no shortage of examples.

Just this year, we’ve had Heineken pull a TV ad amid accusations of racism, because it showed a barman slide a beer past three black people before stopping at a lighter-skinned woman, with the tagline “lighter is better”. In 2017, Dove pulled a social media advert for its body wash which appeared to show a black woman transforming into a white woman, supposedly after “cleaning” herself.

While both brands publicly apologised, stating they had “missed the mark” and saying the offense hadn’t been deliberate, the ads were widely talked about, driving up engagement with the brand. The damage of accusations of racism was seemingly offset by increased publicity – although it’s hard to measure whether higher publicity directly leads to more sales.

It would seem that controversy is no barrier to success. Protein World’s “Beach Body Ready” ad in 2015 was accused of sexism and body shaming for featuring an unrealistically skinny model in a bikini – regulators received hundreds of complaints about it.

Despite this, the company claimed that the campaign generated £1m in sales in the days after it launched, thanks to the signal boost created by social media outrage.

Some brands take this a step further and purposefully try to provoke outrage. Challenger brands often use controversial ads to set themselves apart from established ones and break into the public conscious.

“If being provocative and controversial is based on a clearly defined brand strategy, it can be extremely powerful, especially for challenger brands,” says Fergus Hay, chief executive of Leagas Delaney. 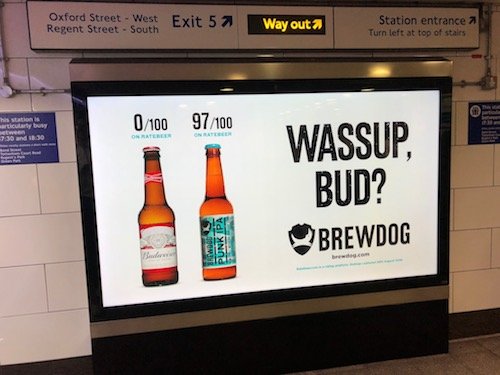 While BrewDog recently promised to tone down its “shock tactics”, these controversial campaigns play into its attempt to create an identity as a subversive and rebellious brand.

“The world is full of sensible brands doing sensible things,” says Jamie Williams, a partner at creative agency Isobel, which is behind the latest BrewDog campaign.

“That’s why so much advertising is essentially wallpaper. Nobody sees it and nobody talks about it. Cutting through and getting noticed is everything, and being provocative and firing up a debate is a pretty good starting place for brands.”

But being provocative is a dangerous game, and can backfire if it’s not authentic to the brand’s identity – customers may expect a tongue-in-cheek company like BrewDog to be controversial, but perhaps not another brand.

“If being controversial is simply being used as a tactic to secure press and social media coverage without any substance or strategy beneath it, then it’s a waste of resources and damages brand credibility,” warns Hay.

And controversy isn’t an infinite resource. A brand may initially set itself apart by being juvenile or outrageous, but use shock tactics too often and customers will come to expect it and see it as more of a gimmick.

“An offensive ad can lose you existing customers if they feel the campaign is a betrayal of the brand,” says Hanmer-Lloyd.

“The other downside to this kind of attention seeking is that people will get bored, or realise it’s just clickbait, and start to ignore it entirely.”

There’s more than one way to use outrage as a tactic. Rather than provoking a reaction, some brands try to channel public anger against a social or political issue in order to gain consumer attention.

“Consumer brands have noticed and, hungry for those all-important campaign shares, are trying to adopt similar stances.”

This path is also fraught with danger. Brands that piggyback on a cause they don’t genuinely believe in will get found out, and outrage will be directed back at the brand.

“When marketing teams bolt-on a social cause, they can end up walking the brand into a hornet’s nest of public reaction,” adds Trimble.

Think of Nike, which last week launched a campaign featuring US football player Colin Kaepernick, who has protested against police brutality by kneeling during the national anthem before games.

While some praised the ad, others condemned it on social media (including President Trump) and posted pictures and videos of themselves destroying Nike products. It’s too early to say whether sales from anti-Trump supporters of the Nike ad will offset boycotts from critics.

Outrage is a dangerous tool. It can set your brand apart from the crowd, but go too far, and you’ll alienate your consumers and burn your credibility.

As long as social media plays a major part in our everyday life, the “outrage cycle” will continue to play out, and marketers will profit from our anger.

And if that thought makes you angry, please share this article with your friends and family.