Osborne is wrong: Brexit wouldn't cause a "profound shock" – but would be a positive change of direction for Britain 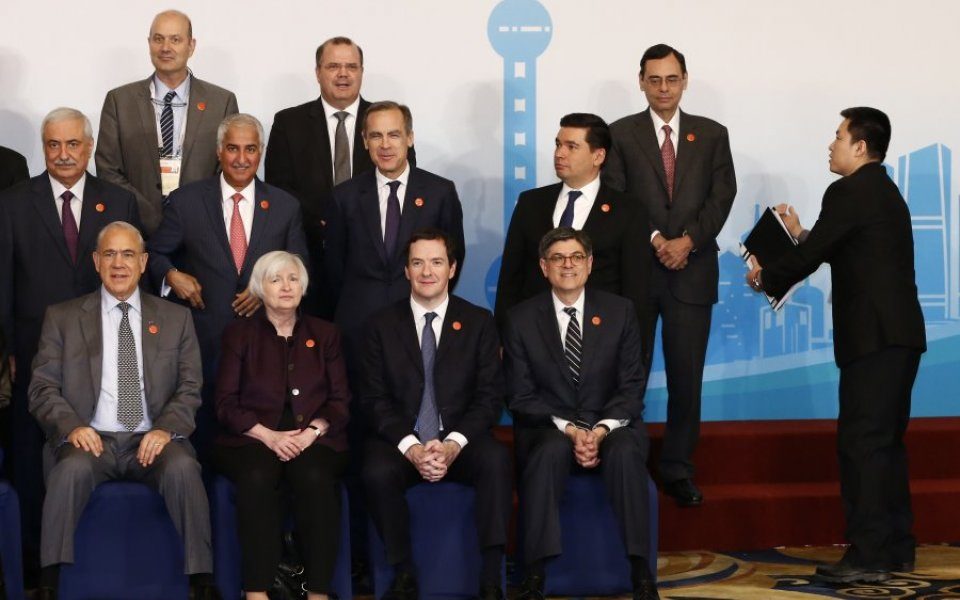 The actor Norman Reedus once said that “the dog with the loudest bark is the most afraid”. Last week, George Osborne showed how true this is, offering up warnings of the “profound shock” that would occur if the UK were to leave the EU and getting British diplomats to persuade G20 finance ministers to claim that Brexit would adversely hit the global economy. The Cabinet Office also produced “independent” government analysis suggesting that Brexit would put us in a tailspin of 10 years of uncertainty. This marks a clear strategy: David Cameron wants Brexit considered a dangerous “leap into the dark” against the security of the known.

There are two big reasons why this is mistaken. Ironically, the first can be seen in the Cabinet Office warning itself. Its analysis rightly highlights how leaving is a process rather than an event. There is no button that can be pressed which will untangle Britain from decades of EU programmes and regulations overnight (though Brexiteers may wish it so). Yet this is also precisely the reason why there will not be a profound shock!

If we vote to leave, there will be a period of reflection before (in all probability) Article 50 of the Lisbon Treaty is triggered, launching up to two years of negotiations towards an exit agreement. During that period nothing will change.

In those negotiations, it will be in both sides’ interests to prioritise a mutually beneficial free trade deal afterwards. It is inconceivable that this will not happen: so either Britain will maintain membership of the so-called Single Market within the European Economic Area (a transitional arrangement until a more bespoke deal can be arranged), or will agree a bespoke free trade deal in the first place (which should be easier for us than for other countries, given our regulations are already harmonised).

So, yes, there will be lots of work for civil servants to do and lots to negotiate on, with some unknowns. But as Britain Stronger in Europe chairman Lord Rose once said about the immediate consequences of voting to leave, “there will be absolutely no change… It’s not going to be a step change or somebody’s going to turn the lights out”, because the underlying economics will not have changed. The real divergence will come in an incremental way over time, arising from Britain making independent decisions on new trade links and programme participation, escaping future centralisation attempts and, in time, resetting migration policy.

The second reason Cameron is wrong is that voting to remain in the EU is not a long-term vote for the status quo. Voting Remain would probably lock us in for a generation, and over that time there is likely to be huge change.

But we do know that, in the nearer term, the EU will continue to be beset by major challenges (not least the Eurozone crisis and demographic decline) and that many within it have a strong desire to meet those challenges with further centralisation for the Eurozone and more harmonisation of employment law, budgets, and other regulation.

Of course, in the future we will experience genuine economic shocks – in or outside the EU. But remaining in would make us both more susceptible to the known threats above and less able to deal with them. Economies react best to shocks if they are flexible, dynamic and open – leading to rapid adjustment. Being part of a large centralised bloc with uniform policies such as the EU instead entrenches systemic risks and slows adaptation. Eurozone integration could well lead to a voting bloc imposing policies on Britain against her economic interests, for example.

So Brexit should not be thought of as a leap in the dark. It would be more like jumping out of an EU bus into our own car and opting to take a separate road. The immediate view will not change much either way. On both roads there will be bumps and hazards. But ultimately we will be in control of the direction, steering our way through according to our own judgement, rather than being a moaning back seat driver. Failure to get out now, however, will not see the EU bus remain parked where it is, but instead driving towards a new destination that even most of the Remainers do not want to reach.