Onward review: A magical tale of brotherly love, this is Pixar at its most uplifting 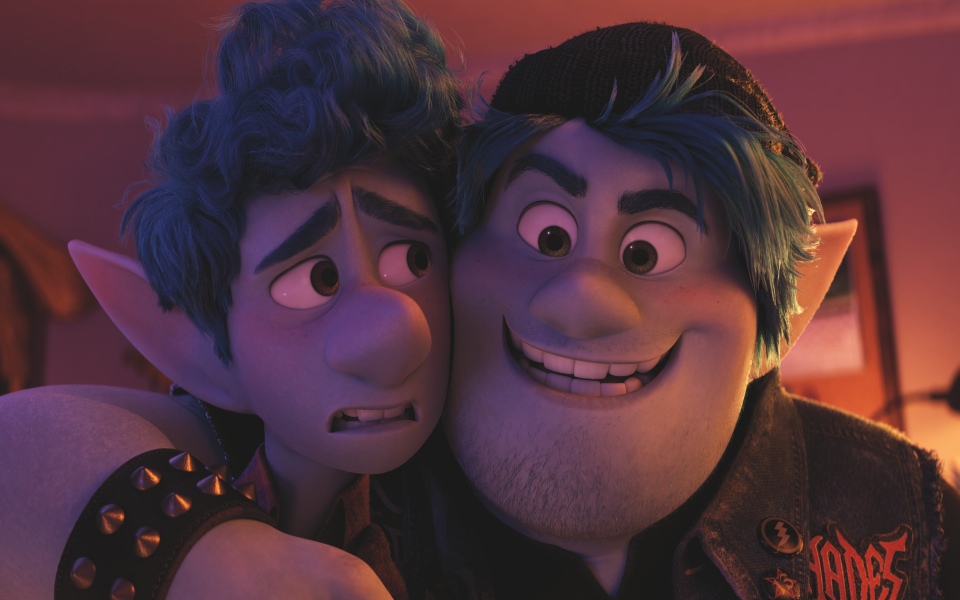 Pixar’s latest does what Pixar does best. With just a few choice lines of dialogue and a handful of scenes it outlines a rich and vibrant world, rendered with such delicate artistry it’s hard to imagine that each frame was spat out of an unfeeling graphics processor. In keeping with Pixar’s recent slew of gut-punchers it not only tugs on the heartstrings, but gleefully yanks the still-beating organ right out of your throat and hurls it at the wall.

Onward is set in a modern fantasy world in which old magic has been traded in for new technology. The contrast between the mythical and the mundane forms the comedic core of the film – centaurs drive cars, elves own smartphones, an old adventuring tavern has been converted into the equivalent a Little Chef – but that dichotomy is not the story here.

This is a movie about one shy elf’s (Tom Holland) relationship with his dead dad, whom he never met, and his older brother (Chris Pratt doing his best Jack Black impression), a directionless Dungeons and Dragons fan who carries just a few scant memories of the man. When they discover a spell that can bring their father back to life for one day, it backfires, conjuring just his lower half. And so the brothers, with their dead dad’s mute, animated legs in tow, set out on an adventure to the oldest and most magical part of their world to resurrect the rest of him.

It’s impressive that a plot this fantastically silly can sustain a working metaphor for the loss felt for an absent parent, of childhood grief and fraternal bonding, but Pixar’s ability to slip heartache into kid comedy is well documented. An ultimately uplifting tale with an unexpectedly brave ending, Onward is among the studio’s best, most magical work.