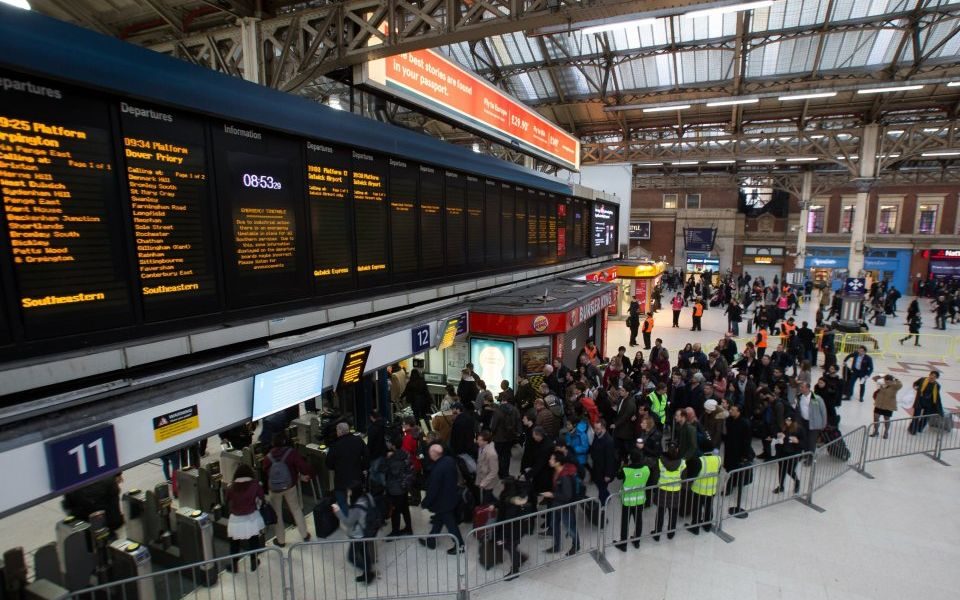 Old-school orange rail tickets could become a thing of the past as train companies ramp up the technology for paperless 'smart' tickets.

Nine in 10 tickets offered around UK rail stations will be soon be available to buy paperless at busy stations such as Waterloo, Brighton, Gatwick Airport, Edinburgh Waverley and Glasgow Central following upgrades to the ticketing system, with more expected later this month.

The new technology should help simplify the UK's complex ticketing system, where there are around 55m fares on offer.

Read more: Network Rail's £42bn railway upgrade: What does it mean for commuters

The Rail Delivery Group, which represents the rail industry, has put forward proposals for pay-as‐you‐go price caps to be introduced and more ticket options at a better range of prices.

The proposals have been made towards the Williams rail review, which was called by the government in the aftermath of last year's May timetable chaos, in which thousands of trains were cancelled or delayed.

The review is being led by former British Airways boss Keith Williams and its findings are due in the autumn.

Robert Nisbet, RDG regional director, said: “Together, rail companies are going full steam ahead with smart ticketing, with passengers increasingly able to use their phones or smartcards thanks to station upgrades across the network. Of course, we want to go further, but realising the full benefits of new ticketing technology requires regulatory reform of the wider fares system. That’s why train companies are working with government to update the rules that underpin our rail fares."

Read more: Network Rail bosses could be fined out of their own pockets for delays

Mike Hewitson, head of policy at the independent watchdog Transport Focus, added: “Transport Focus research demonstrates many rail passengers want a smarter ticketing system that they can understand and trust, is simpler to use, better value for money and offers choices that suit the way we travel now.​

“Passengers will welcome the choice and convenience smart ticketing technology can offer.”