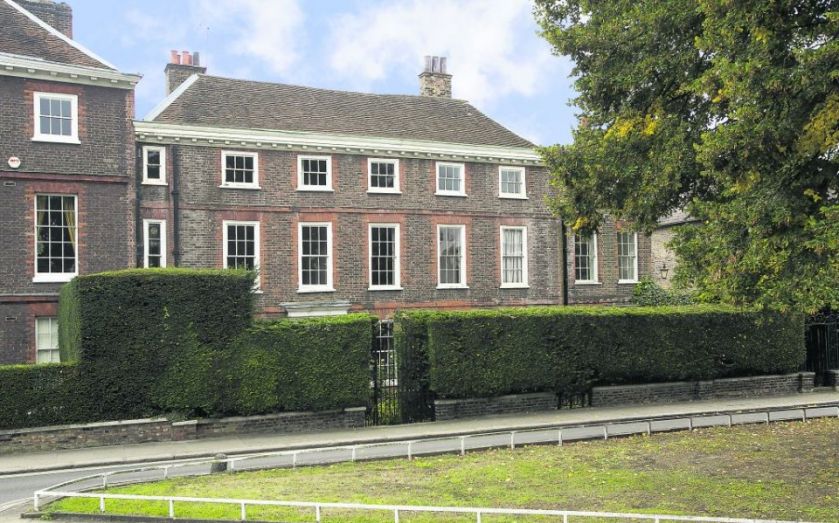 This eight bedroom historic house in south west London was home to one of Britain’s best-loved filmmakers.
Sitting on top of Richmond Green, peering down over the Thames and the sprawl of Richmond Park, is a distinguished mansion that was once home to an even more distinguished owner. 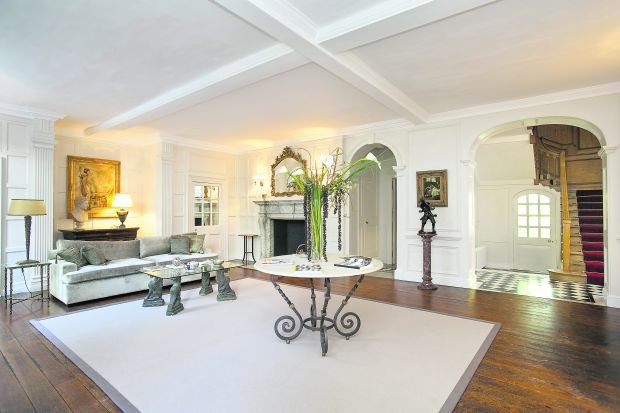 A lounge area in the Grade-II listed mansion

For 53 years, Old Friars was the home of the late filmmaker Lord Richard Attenborough and his actress wife Sheila Sim. Attenborough, who passed away in August and was perhaps best known for his roles in Jurassic Park and Miracle on 34th Street, bought the vast property in 1949 and moved out in 2012.
In the time that he owned Old Friars, the house was listed Grade II by English Heritage and Attenborough had made many additions to put his stamp on it. Fellow film aficionados will appreciate the projection room and editing suite he had installed at the bottom of his garden, where he showcased many of his films to friends and colleagues within the industry. His office, which was also a later addition to the original house, was christened Beaver Lodge by Attenborough and was at the centre of all his cinematic endeavours.

The house itself has been occupied for years now and is in need of a little TLC. But with eight bedrooms, all with ensuite bathrooms, and a large drawing room on the ground floor flaunting its original period features, it still has plenty to shout about. An extensive wine cellar also runs underneath the house, with mutiple rooms and storage space, which is perfect for a wine connoisseur or even, suggests the sales agent, an underground swimming pool.
Old Friars boasts southern views over the Green and a location that’s a couple of minutes’ walk from the High Street. But for those who like to venture out of the suburbs, the double garage and off-street parking area should accommodate several vehicles. Richmond Station is also nearby, which runs a District Line service to west London and a 19-minute South Western service to Waterloo.
Call sales agent Featherstone Leigh on 020 8940 1575 or visit featherstoneleigh.co.uk.