NEW YORK (Reuters) – Oil prices were mixed on Friday but posted a fourth straight week of gains ahead of an OPEC+ meeting early next week.

Brent crude January futures rose 38 cents to settle at $48.18 a barrel, while the more active February contract gained 46 cents to $48.25.

Brent rose 7.2% over the week, while WTI gained 8% for the week. Encouraging news on potential COVID-19 vaccines from AstraZeneca and others have lifted the markets. However, questions have been raised over AstraZeneca’s “vaccine for the world,” with several scientists sounding caution over the trial results.

“While a successful vaccine rollout should break the link between infection and mobility, even then global oil demand will likely only reach its pre-pandemic run rate by mid-2022,” JP Morgan said.

The Organization of the Petroleum Exporting Countries (OPEC) and allies including Russia are leaning towards delaying next year’s planned increase in oil output, said three sources close to the OPEC+ group.

OPEC+ was planning to raise output by 2 million barrels per day (bpd) in January – about 2% of global consumption – after record supply cuts this year. OPEC+ ministers are due to meet from Monday.

“The market expects prices to see a limited increase if OPEC+ indeed does what is expected and changes its planned route, postponing a planned supply increase from January,” said Bjornar Tonhaugen, Rystad Energy’s head of oil markets

A panel of OPEC+ will hold informal online talks on Sunday – a day later than scheduled, a source with the knowledge of the matter told Reuters.

Rising Libyan output is also contributing to concerns about oversupply in the market.

The OPEC member, which is exempt from the oil cuts, has added more than 1.1 million bpd of output since early September.

(Reporting by Stephanie Kelly in New York; additional reporting by Ahmad Ghaddar in London and Aaron Sheldrick in Tokyo; Editing by Marguerita Choy and Louise Heavens) 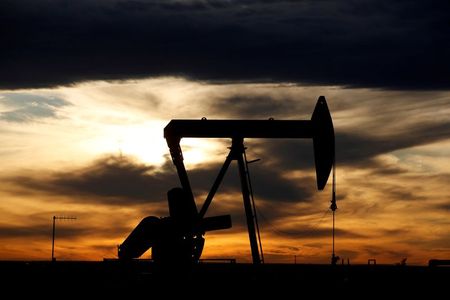