Fieberbrunn is at one end of the elaborately named Skicircus Saalbach Hinterglemm Leogang Fieberbrunn, an area of Salzburg dedicated to winter sports, and one in dire need of a rebranding agency.

Fieberbrunn itself is named after the fever (“fieber”) quelling properties of its waters, which are said to have cured such dignitaries as Claudia de Medici and Napoleon Bonaparte.

It’s the quiet cousin of some of the more boisterous and glitzy villages in the Skicircus etc. etc.

After an easy two-hour drive from Munich we pulled up at the impressive frontage of the Gasthof Dandler. For five generations the Dandler family has run this hotel, which dates back to 1538. I wonder if the feverish Ms. Medici ever stayed?

It’s a classic Austrian hotel with pillows presented like bishop’s miters, high quality, classic Austrian dishes and staff all wearing traditional dress. The short walk from my room at Gasthof Dandler to the ski lifts fills my nostrils with the evocative aroma of pine and cows. What a great way to start a day of skiing.

From this laid-back environment I headed to S4 to hire some kit and along with a few friends book in for some guiding. For €70 we get a full day guiding as well as use of all the necessary off-piste safety kit including climbing skins and touring skis.

On day one we latched onto a trio of Hungarian doctors for a group guide day and, looking like the Brits who arrived with hangovers instead of their own off-piste kit, realised we had the scepticism of our peers as well the slopes to contend with. Bigging up our game, we hoped for the best. 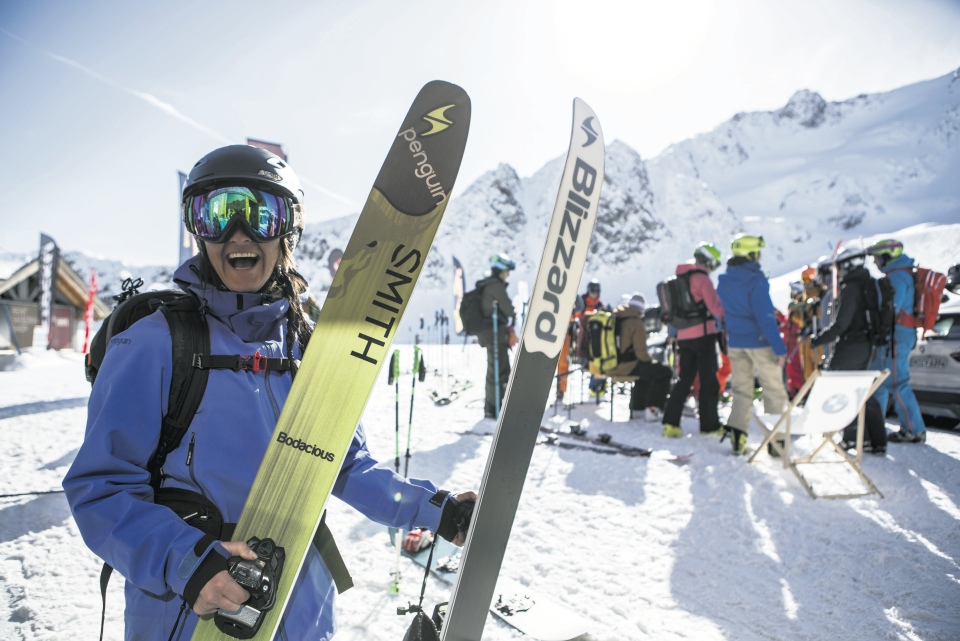 Our guide was well trained in dealing with an international group of skiers, many of them in lines of work that leave them rather unsuited to following instructions, and all too eager to find fresh powder.

Guides are not just there to babysit unruly City boys though. In conditions like the ones we were facing, guides earn their crust by avoiding dangers like “breakable crust”, a layer of compacted ice on the snowpack that can suddenly crumble under your weight. It tends to appear when the volume of snow also means that avalanches are a constant risk.

In pursuit of a north-facing slope we hiked for fifteen minutes and then scrambled along an exposed ridge, until one member of our group suffered a touch of vertigo and, with a choice to tackle a meter wide saddle or to call it a day, we turned back.

One of the true pleasures of off-piste skiing, particularly in Austria, which tends to be lower than other regions in the Alps, is the ski out after a long descent. If you’re skiing outside the bounds of the ski area you will inevitably end up needing to follow a stream along the valley, which hopefully ends up at someplace that a taxi can pick you up. Landmarks such as running water become vitally important.

Trundling for kilometer after kilometer along single tracks following a remote, frozen stream can be the best part of the day. With no people and none of the resort machinery around you, these are quiet moments of pure escapism.

Fieberbrunn – a self-styled freeride resort – is torn between revealing itself to the world and keeping things secret. One such secret is the tiny TeeHuette.

This secluded lodge comprises three cozy rooms and has a very precise closing time of 15:48, giving guests exactly 12 minutes to ski the 300 meters to the linking lift to Fieberbrunn before it closes.

We down a well deserved schnapps and make our way out the door, shuffling past some other customers who look like they may need more than the recommended 12 minutes to make it back to the lift.

Fieberbrunn’s laid-back atmosphere is occasionally interrupted when the annual Freeride World Tour comes to town. Our guide had pointed out the snow-clad cliff that passes for a piste where they compete for glory. I try to spy a skiable descent and fail – to be honest I’m not even sure I could get down it with ropes.

If you’re not into flinging yourself down cliffs there is a very good variety of piste skiing (over 270km to choose from) covering the full range of super wide open blues to genuinely steep black runs.

And for those looking for a finer cuisine what’s on offer at TeeHuette (and perhaps a less sharp closing time) there are lots of options. The Winkleralm was my favourite, and serves a very fine Wiener Schnitzel.

Fieberbrunn is a charming village with some real history. Linking it to the more well known Saalbach and Hinterglemm, and with plans to extend this even further in 2019, the ski area offers excellent variety and it’s an easy trip from London airports to either Innsbruck, Salzburg or Munich.

This is a marvellous spot for a long weekend ski, but as one local begged me, “don’t tell everyone”.

No point being a freeride resort if hordes of Londoners are going to ruin the virgin runs for the locals.

BA has eight flights to Munich as well as one to Salzburg and two to Innsbruck from London airports.