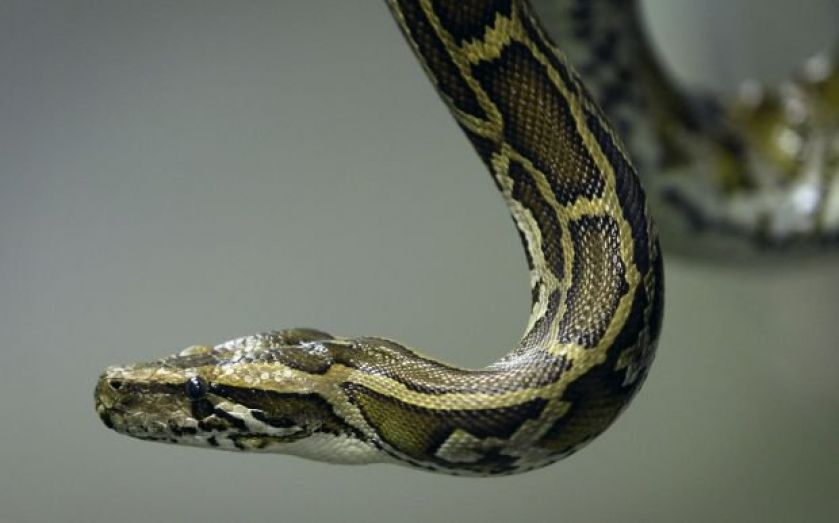 The launch of ResPublica’s Virtuous Banking Report, from which the now famous suggestion of a banker’s oath sprung, caused quite a commotion yesterday.

When Lord Phillips asked former CBI director general Sir Richard Lambert why more bankers were not in jail for their misdeeds, Lambert responded with a pertinent history lesson.

“You should read the history of the South Sea Bubble – after the bubble burst, members of the House of Lords recommended that the directors of the South Sea company should be put into a sack with adders and thrown into the Thames. What are you doing? Why are you hanging around?” He asked of Lord Phillips.

Quite the retort, we doubt Lord Phillips will be stocking up on adders any time soon though.

■ There was a case of a Freudian slip for BP chief exec Bob Dudley yesterday. On an analyst results call he accidentally referred to Rosneft boss Igor Sechin as “Igor Sanctions.” Those familiar with the situation will find the oil boss’s slip-up amusing, of course sanctions on Russian firm Rosneft, and on its chief exec, have posed an issue for BP – given it owns a 19.75 per cent stake in the company and Dudley is on its board. Recovering quickly from his mistake, Dudley laughed it off, suggesting it should be Sechin’s new nickname. With further sanctions against Russia threatening BP’s Rosneft related profits, surely Dudley hopes it won’t be his moniker for long?

■ PwC’s partners proved they’re down with pop culture yesterday. As official sponsor of the Invictus Games, the firm sent out a note announcing the line-up for the closing concert (including Foo Fighters, Kaiser Chiefs, Ellie Goulding, Ryan Adams, Rizzle Kicks and The Vamps) to its partners, expecting most of them wouldn’t really know their Rizzle from their Goulding. But they were pleasantly surprised by the reaction. “The overwhelming majority knew all of the artists – who knew they were so musically clued-up?” Our PwC mole told The Capitalist. Our man on the ground put it down to fresh blood – “20 per cent more equity partners and a more diverse range of backgrounds as well as more women moving into senior positions.” Hear, hear.