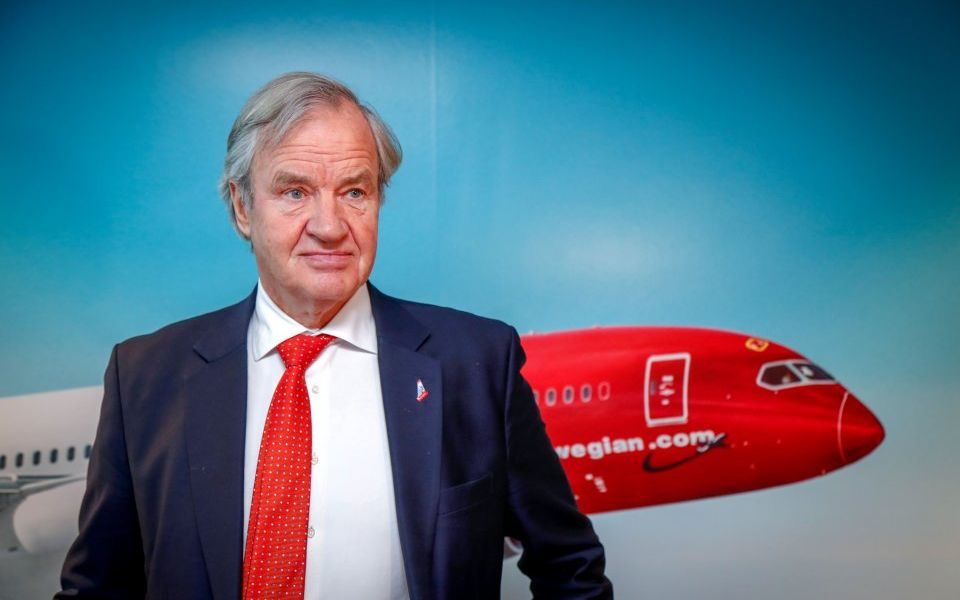 The chief executive of Norwegian Air Shuttle has said he is open to retiring just a week after the company’s chairman stepped down during a tough time for the carrier.

“I am deep in overtime. I should have retired a long time ago. There is a time for everything, but it’s perhaps not only my decision,” Bjorn Kjos told Norwegian broadcaster NRK.

Existing problems at the airline were compounded earlier this month when Boeing 737 Max planes were grounded across the world after an accident in Ethiopia killed over 150 people.

Shares have plummeted since the beginning of the year when British Airways owner IAG abandoned a bid for the airline.

Amid the worries, Bjorn Kise, who has chaired the board since 2010, said last week he would step down from the role.

Chief executive Kjos said he would take one year at a time, “but I have said that for each of the past 10 years.” A former fighter pilot in the Norwegian air force, Kjos helped co-found Norwegian in 1993. He was instrumental in transforming the airline into a budget carrier.

Speaking in his first interview since the Ethiopian Airlines crash, Kjos hit back at criticism from analysts who claim his strategy of investing in long-haul flights are the wrong way to go.

The chief executive also said he is confident that Boeing will pick up parts of the bill for the grounded 737 Max planes.

Earlier today Norwegian said it would postpone the sale of six Boeing 737-800, the precursor to the 737 Max, as it tries to prevent disruption on its routes.

Kjos guaranteed that passengers with summer holidays booked through Norwegian would reach their destinations. “However, we do not have control over potential air traffic control strikes,” he cautioned.

Norwegian's shares on the Olso stock exchange rose one per cent to 58.59 Norwegian krone.