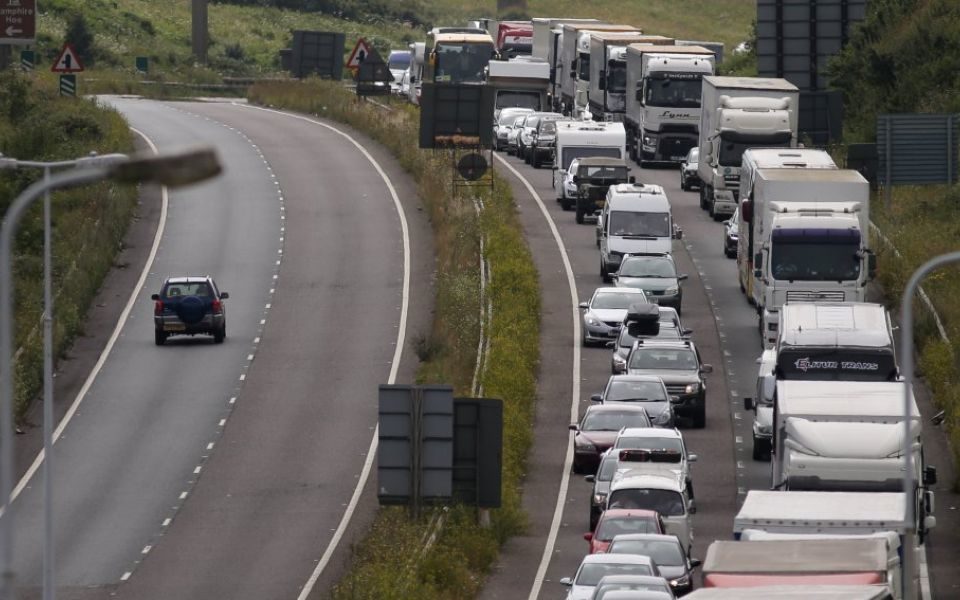 Delays of even half an hour at the border in the event of a no-deal Brexit could prompt a wave of bankruptcies for firms relying on cross-border supply chains, a poll to be published today will show.

As many as one in 10 British supply chain managers say their businesses could go bankrupt if goods are delayed, according to the survey by the Chartered Institute of Procurement and Supply (Cips).

Delays at the border are expected by the majority of trade experts if the UK leaves the EU without a deal on 29 March 2019. If no deal is agreed trade would default to World Trade Organisation (WTO) terms, requiring customs checks which are not currently in place.

Read more: Four-fifths of manufacturers not ready for no-deal Brexit

The possibility of leaving the EU without a deal is feared by the majority of business groups, who fear chaos at the border because of the short amount of time left to put in place the requisite infrastructure.

Nearly a quarter of supply chain managers, the people responsible for managing the flow of goods and services through businesses, say they will stockpile goods in an attempt to prepare for potential disruption, the Cips survey will show. Some four per cent of firms have already started to stockpile.

Separate analysis by the Centre for Economics and Business Research has previously suggested stockpiling could boost UK growth in the second half of 2018, while prompting a “mini recession” later in 2019 as firms run down those stocks.

A fifth of supply chain managers said they will try to push for greater flexibility in contracts as well as looking for alternative non-EU suppliers – but almost two in five said the uncertainty around Brexit is still too great to start preparations in earnest.

“The UK economy could fall of a cliff on Brexit day if goods are delayed by just minutes at the border,” said John Glen, an economist at Cips. “Businesses have become used to operating efficiently with exceptionally lean, frictionless supply chains, where quick customs clearance is a given. Customs delays would not only affect businesses but would also lead to a shortage of products on shelves and an increase in prices for consumers as well.”