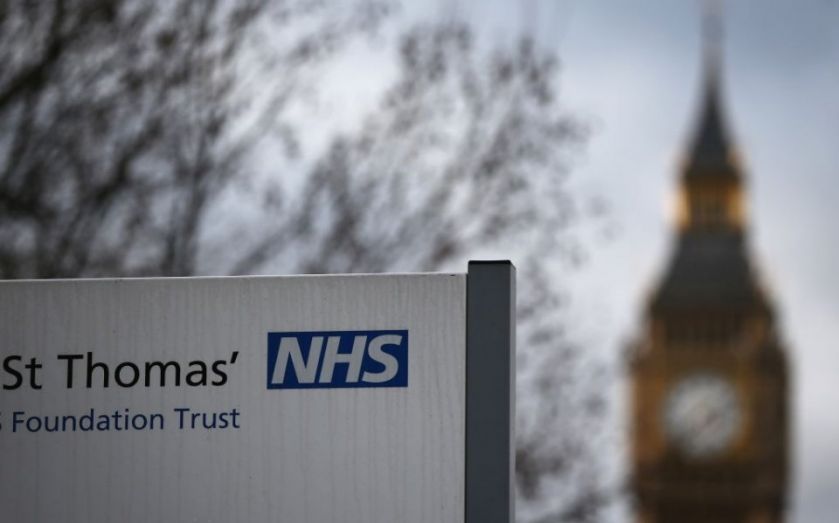 If there is one thing you can count on during a General Election, it’s that the NHS will be ground-zero of the political battle.

Labour will scream that the health service is not safe in Tory hands, while the Conservatives will trumpet their undying love — and investment in — our NHS.

The backdrop for this latest campaign is the data last week showing A&E waiting times at a record high, and with the decisions to hold an election in the run-up to Christmas, alarm bells are already ringing about the impending winter crisis.

To absolutely no one’s surprise, the parties are responding with a bidding war over NHS funding, each trying to out-do the other by pledging billions more in spending.

Setting aside the questionable affordability of this Santa-style gifting, throwing money at an unreformed system is simply not the answer.

Looking past the headlines, last week’s stats reveal that one in three people attended hospital for minor injuries and illnesses. In other words, a third of those turning up could most likely have been treated by GPs and other primary care health workers.

There is a wealth of evidence showing that good primary care can alleviate pressures on emergency departments by preventing conditions from escalating and directing patients to the right services.

Yet despite commitments to boost out-of-hospital care, there has been a worrying lack of focus on community services. Spending in primary care actually decreased in the last decade, and has continued to fall behind investment in hospitals.

Proving the point, only six per cent of the Prime Minister’s £1.8bn cash injection for improving buildings and equipment announced earlier this year was earmarked for primary care. Politicians love shiny new things, but if the aim is better care for patients, the priority should be a fit-for-purpose primary care system.

Health secretary Matt Hancock recently outlined plans to create 50m more GP appointments every year, but details are thin on the ground. More encouragingly, there are successful models being implemented to increase accessibility to services, including expanding access to GP appointments, co-location of out-of-hours GP practices in A&E departments, or same-day and walk-in health centres.

For these efforts to be successful, however, we need urgent action to address the NHS workforce crisis. The plans from both Labour and the Conservatives to recruit thousands more doctors are laudable — but they are also unrealistic. From outdated working practices and crumbling workplaces, to cultures of bullying and discrimination, and under-investment in training, it is no wonder we are seeing an exodus of health professionals — and struggling to recruit new ones.

To boost GP numbers, the parties must have tangible plans to tackle these issues, and that doesn’t just mean throwing money at the problem.

It is undeniable that the health service needs more investment — last week’s A&E data is just the latest in a long line of red flags, and with the population ageing, demand is only going to increase. But without serious commitment to wholesale reform, cash injections are not going to deliver the improvements voters want to see.

The electorate is used to being told that there is just “24 hours to save the NHS”. Politicians are used to pledging eye-watering levels of cash to prop the system up.

But this time, if the parties are serious about putting our health service on a stable footing, they should be trying to out-reform, not out-spend, each other.